﻿From Oslo to Ankara: two Kurdish women walk 5000 km for peace and justice 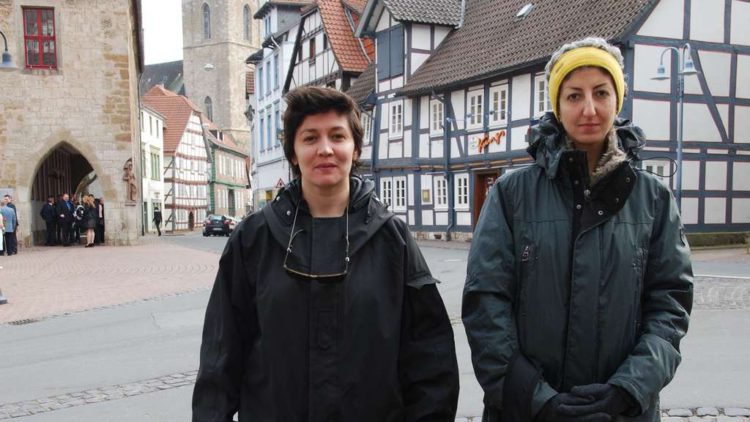 From Oslo to Ankara: two Kurdish women walk 5000 km for peace and justice

Saadet Che Demir and Gulbahar Adanc are two young Kurdish women from Norway, who have a remarkable story to tell. Saadet and Gulbahar had been Kurdish activists for a long time, but the massacre in Cizre last September, where the Turkish army killed hundreds of Kurds during violent round-the-clock curfews, changed something in them. The ongoing massacres and injustices against Kurds in Turkey and the Middle East became too much to bear and urged them to do something. They decided to start a civil protest, of a scale that would match the atrocities being committed: Saadet and Gulbahar started walking from Norway to Turkey.

The goal of Saadet and Gulbahar’s project is to raise awareness about the brutalities being committed in the Kurdish region in Turkey and elsewhere in Kurdistan. The Kurdish people, who’s struggle has been ignored or criminalized for far too long, deserve to be heard. In every country they pass, they go to the capital to meet politicians and other decision makers to talk about their project and their reasons for doing it. Everyone Saadet and Gulbahar meet, gets a copy of a declaration they wrote at the beginning of their journey, detailing their motivations and the things they would like to see realized. A declaration will also be given to the UN, who they specifically ask to recognize the existence of the Kurdish people, by (among other things) giving them an observatory status in the UN General Assembly. The name of the project, Existence March (short ‘em’, which is Kurdish for ‘we’), refers to the Kurdish struggle to be recognized and heard.

Saadet and Gulbahar are currently in Belgium, where they are meeting politicians and EU officials, and they are available for interviews. Please contact us via [email protected] or 02/230.34.02 for more information or to make an appointment.