60 MEPs call on EU to support reconstruction of Kobanê 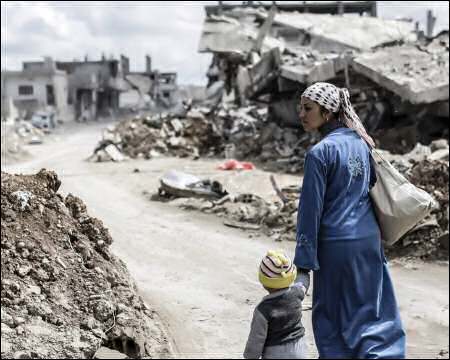 60 members of the European Parliament have issued a statement calling on EU and member states to provide urgent support for the reconstruction in Kobanê and ensure the opening of a humanitarian corridor into the town.

60 members of the European Parliament from various countries have issued a statement calling on EU and member states to provide urgent support for the reconstruction in Kobanê and ensure the opening of a humanitarian corridor into the town.

The urgent appeal addressing to the EU and member states recalled that the Kurdish people, Kwomen’s Defense Units in the first place, mounted great resistance to the attack launched by ISIS against the Kurdish canton of Kobanê on 15 September 2014.

Reminding that Kurdish forces, supported by aerial strikes of the international coalition, re seized and liberated the town from ISIS on the 134th day of resistance, the appeal said the liberation of Kobanê thanks to the resistance for democracy, human rights, common life and women’s freedom pleased not only the 200 thousand civilians forcibly displaced but also all democracy powers in the world.

The statement by 60 MEPs also pointed out that numerous people from Kobanê couldn’t turn back home yet in the face of restricted means for the reconstruction in the war-torn town of Rojava, West Kurdistan.

Indicating that the Canton administration has called for urgent support from international powers for the reconstruction for which a commission has been set up and started works already, the MEPs called on the EU and member states to provide active support to the reconstruction of Kobanê.
Greeting the Joint Communication prepared by the High Representative of the European Union for Foreign Affairs and Security Policy on 06.02.2015, the MEPs declared support to the proposals highlighted there.

The appeal by 60 MEPs ended with a call for the provision of urgent support for the reconstruction of Kobanê and forcibly displaced refugees in collaboration with the Canton administration.