The Kurdish Institute brings you the most beautiful or moving Kurdish films, short films and documentaries. 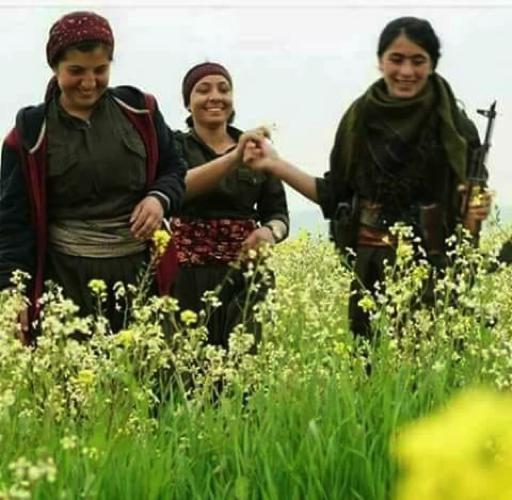 Did you know that Belgian Kurdish filmmakers are emerging talents? Zagros by Blue Zagros Sahim Omar Kalifa, won the grand prix of Ghent film fest, Blue silence by Bülent Öztürk, received several awards at the Istanbul Film Festival. And let’s not forget our own Berivan Binevsa who won several short films and is currently making her own feature film.

If desired, we look at the possibilities to have the film introduced by the director. Or, after the screening, we organize an interview or debate with the director and/or one or more experts on the subject. We will customize your request!

A feature film about a young Kurdish woman accused of adultery and flees with her daughter to Belgium. Her husband Zagros, convinced of her innocence, travels after them. But once in Brussels, he starts to have doubts. Zagros has to choose between the love for his wife and the honor of his family. From revered director Sahim Omar Kalifa, known from Baghdad Messi and Bad Hunter.

Award-winning feature film debut by Belgian-Kurdish director Bülent Öztürk. The tormented Turkish soldier Hakan ends up in a psychiatric institution with a head full of war traumas. The atrocities he committed against the rebellious Kurdish population in the name of the Turkish army continue to eat him. When he is declared healed after a long time, he tries to pick up the thread of his life again …

A documentary by Chris Den Hond and Mireille Court about the original political project of basic democracy, feminism, secularism and ethnic-religious pluralism that the Kurds and their allies started in northern Syria.

A moving documentary about the war in the Kurdish southeast of Turkey in 2015-2016. When several Kurdish cities declare autonomy and young people erect barricades in the neighborhoods, the Turkish army reacts extremely hard by razing entire cities to the ground. Hundreds of civilians are killed. A documentary with hard-to-find film material of this forgotten and underexposed conflict on the threshold of Europe. From Two Rivers and a Valley , a collective of Turkish, Kurdish, American and European radical filmmakers.

In this documentary film by Alba Sotorra we visit the Syrian front lines on the basis of Arian, a Kurdish commander. Arian led a battalion of the Female Self-Defense Units (YPJ) in the struggle for the liberation of Kobanê from the yoke of the Islamic State (IS). An inspiring story about emancipation and freedom.

Documentary film about the oppression of Kurdish voters in Turkey based on the story of Leyla Imret, the young female mayor of the Kurdish city of Cizre. At the age of 26, the Kurdish-German Leyla Imret is chosen as the youngest mayor of Turkey. With a record score of 81%, she becomes mayor of Cizre, a large Kurdish city that, shortly afterwards, in 2015-2016, is badly hit by the civil war. Leyla was born in Cizre, but after her father was murdered by the Turkish army, her mother sent her to Germany at the age of 5. The film follows Leyla when she returns to her hometown after 20 years, where in 2014 she becomes mayor. The young woman is full of enthusiasm and plans to make her hometown more social, more woman-friendly and greener … But then the war comes back and the Turkish army commits the most horrendous human rights violations against the rebellious city. Leyla is – like almost all Kurdish elected – persecuted and has to leave for Germany again.

A poetic and moving documentary film by the Dutch-Kurdish director Reber Dosky. The film shows the story of the young Kurdish reporter Dilovan. After the Kurdish militias manage to liberate their hometown of Kobanî (Syria) from the Islamic State (IS), Dilovan starts a radio station among the ruins.

A short documentary by Reber Dosky about Haron, a Kurdish sniper who went to Kobanî to join the resistance against ISIS.

A documentary by Jozef Devillé about the female Kurdish militia members who are fighting against the Islamic State (IS).﻿

A documentary from 2016 by award-winning war journalist Pascale Bourgaux about the struggle of Kurdish women’s militias against the Islamic State.

A documentary from Binevsa Berivan about the fight for women’s rights of three activists, an Iranian, a Turkish and a Kurdish, who met in Brussels.

In addition to all these films, short films and documentaries, we can recommend more films if you wish.