Ankara’s offer to Moscow: Give us Afrin for Idlib – Metin Gurcan 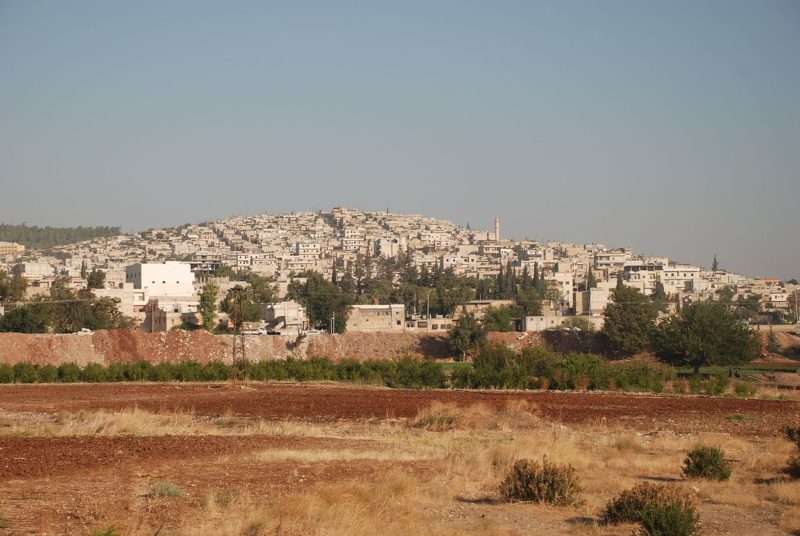 Tension is escalating rapidly west of the Euphrates River, especially in the area of Syria’s Afrin canton controlled by the Kurdish People’s Protection Units (YPG), and at Idlib, controlled by a motley collection of outfits mostly backed by Turkey.

Last week, as the Turkish army continued to amass forces in the triangle of Kilis in Turkey, and Jarablus/al-Bab/al-Rai in Syria, Turkish 155 howitzers began shelling YPG targets southwest of Azaz and north of Tel Rifaat. The YPG returned fire with its 81 mm mortars at Free Syrian Army (FSA) targets in the triangle. Local sources told Al-Monitor there have been occasional clashes between the YPG and the FSA east of Tel Rifaat over the past two weeks.

The YPG issued a statement June 30 saying it plans to take from Turkey the area between Azaz and Jarablus. It offered no timeline.

Ankara’s priority target in northern Syria is the YPG. Turkey aims to prevent the creation of a Kurdish or Kurdistan Workers Party (PKK) corridor that would begin at PKK headquarters in the Qandil Mountains and extend to Afrin canton in the west via Shengal, and the cantons of Jazeera and Kobani.

Turkish President Recep Tayyip Erdogan recently posted on his official Twitter account: “I am calling on the whole world. We will never allow setting up of a [Kurdish] state in northern Syria no matter what the cost may be.”

Currently, Idlib acts as the “capital” of the armed Syrian opposition in Syria. In Idlib, you will find:

It’s clear that Russia and loyalists of Syrian President Bashar al-Assad are preparing for a major offensive at Idlib, as they did in Aleppo. They are telling the groups at Idlib, basically, “You have to decide if you are moderates or radicals. If you are moderates, you can either leave Idlib or comply with the rules of de-escalation. If you don’t leave Idlib and refuse to heed the rules of de-escalation, then you are terrorists and deserve to be eliminated.”

Moscow now needs the area Turkey is preparing in the Jarablus/al-Bab/al-Rai triangle for the moderates and their families who will leave Idlib. Russia also needs a reliable mediator in its relations with the groups at Idlib. Ankara can definitely be of great help in this.

Cognizant of its needs, Moscow appears to be much more accommodating to Ankara rather than Washington by trying to reconcile Ankara’s concerns with Moscow’s field requirements.

In the field, the primary issue is where to put the tens of thousands of people who will leave Idlib before the anticipated offensive. The only feasible area for these displaced people to settle will be the Turkey-controlled Jarablus/al-Bab/al-Rai triangle. But this triangle needs to be expanded. That will not be militarily feasible southward, south of al-Bab or toward Manbij in the east.

The only available territory is toward Tel Rifaat in the YPG-controlled Afrin canton.

My understanding of the situation on the ground is that, in return for Ankara’s help at Idlib, Moscow will agree for Ankara to expand, if not in the entirety of Afrin, then from Kilis-Azaz toward the southwest, to reach Tel Rifaat.

This is precisely why I predict that, should there be a Turkish operation west of the Euphrates, it will be two-pronged, one from the Kilis-Azaz line toward the south and the other from Mare in the east toward the west, with both columns linking up at Tel Rifaat. The FSA would provide the bulk of the ground forces and Turkey would provide 155 mm artillery support. To comprehend how much leeway Russia will allow Ankara, we have to see whether it will allow Turkish air force operations to move against YPG targets in the Afrin canton.

The question now is whether Ankara will be able to establish a power balance to make the de-escalation zone operational before clashes escalate at Idlib. The answer will be decided by the choices of the groups under the Ahrar al-Sham umbrella. What will be the preferences of these groups, some of them guided by former Jabhat al-Nusra forces, and others backed by Turkey?

It’s not hard to guess that Ankara, in return for concessions from Moscow at Afrin, will do its best to ensure that middle-of-the-road groups such as Ahrar al-Sham will adopt the rules of de-escalation. That, however, could lead to clashes between Ankara and former Jabhat al-Nusra factions.

Because of this extremely complex scene, the fate of Idlib will affect not only the destiny of extreme Salafi/jihadi networks in Syria, but also the fate of similar networks in Turkey.

Another interesting development is the decision made during negotiations in Astana, Kazakhstan, to deploy troops from other foreign countries in all de-escalation zones in Syria. Two weeks ago, there were already reports that Kyrgyzstan and Kazakhstan could send troops to Idlib.

Would the arrival of Kyrgyz and Kazakh troops aim only to prevent an outbreak of clashes between the Syrian government and opposition, or is there some other thinking behind it?

Many Central Asians hailing from different countries have joined Salafi/jihadi groups in the region. These people at the moment pose limited threats to their own countries. But the arrival of the troops could be seen as a major move of the states recognizing this threat. When one sees Uighur militants around Idlib, the question arises whether China will get involved in the Idlib issue.

Now, all eyes will be on the July 10 Astana summit regarding the future of Idlib, and therefore Afrin.

The main issue for Turkey at the summit will be how to reconcile its paradoxical thesis of preserving Syria’s territorial integrity while trying to expand its governance of Syrian territory of the Jarablus/al-Bab/al-Rai triangle.