Demirtaş: We must carry out a common struggle for social peace 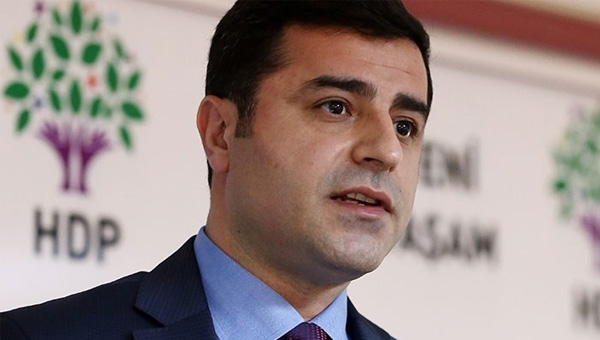 Peoples’ Democratic Party (HDP) Co-Chair Selahattin Demirtaş, jailed in Edirne Prison, has sent a message on the ISIS massacre in Ortaköy, Istanbul during the first hours of the new year, which resulted in the death of 39 people of different nationalities.

Demirtaş vehemently condemned the heinous attack, saying: “This is not our country’s fate, it should not be. Emphasizing my wish that such attacks are not repeated, I wish for God’s mercy upon all the people that lost their lives at the attack in Ortaköy, Istanbul, extend my condolences to their families, and wish a swift recovery to all the injured.”

Demirtaş said the aftermath of this attack has once again revealed a serious intelligence weakness, remarking that the government is fully and completely responsible of securing public order, and must display great sensitivity in protecting the balance between freedom and security.

HDP Co-chair underlined that: “In preventing this type of attack, establishing democratic and libertarian standards across the country is as important as implementing security measures. When freedoms are restricted in the name of excessive security policies it is inevitable that social illnesses, haemorrhages and wounds will emerge.

The way out from these disasters that we have experienced is not to sentence 78 million people to cluster around a single person, or a nationalist structure, but to build an equal and common life around the spirit of democratic unity. To create the social conditions in which no ethnic, faith, cultural or political group perceives itself as or feels excluded, and to use a unifying and pluralist language is the most effective security measure.

I would like to state with great sadness that the government, by suppressing and arresting politicians, journalists, academics, writers and in fact, all critics of the government, is dividing the country in hearts and minds, and is driving our society towards chaos.

Unity cannot be established by excluding democratic opposition, the Peoples’ Democratic Party, which is the third largest political party in the country. The government should use its energy not to attack the HDP, but to provide social peace and security. The greatest task that stands before us is to carry out democratic work that will consolidate the sense of belonging 80 million people feel towards this country.”

Demirtaş called on all the peoples to join hands with a perception that their identity and faith values, different life styles and worldviews constitute their richness, to stand together to protect democracy, human rights and freedoms and to carry out a common struggle for our social peace.