Diyarbakır Governorship ahead of Sur-March: No Entry Without Residence Document 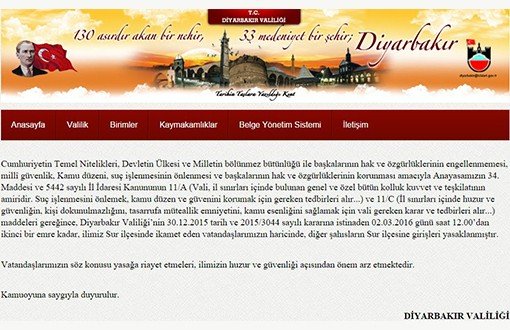 Diyarbakır Governorship has announced that as of 12 a.m./p.m. today, Sur district has been closed off for every entrance except for persons residing in Sur.

The Governorship in its written declaration has listed following reasons for the decision to close off the district;

HDP Co-Chair Demirtaş had noted; “Everybody should march to Sur at 4 p.m. on Wednesday (March 2) until barricades are removed and the bans are lifted in Sur. (EKN/DG)