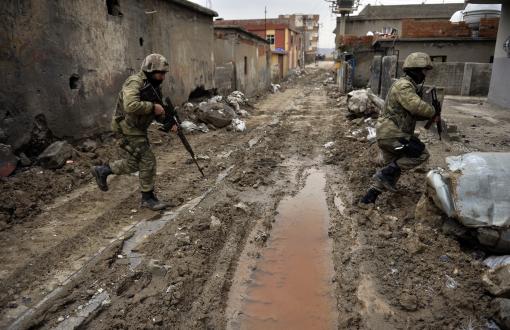 European Court of Human Rights (ECtHR) has rejected the application requesting interlocutory injunction for the injured stuck in the basement in Cizre district of Şırnak province.

Attorney Ramazan Demir has noted; “ECtHR has rejected the request for an interlocutory injunction for the injured  stuck in the basement in Cizre” and added;

“In addition, ECtHR has also ordered to take all kinds of measure necessary for their health situation and treatment”.

ECtHR had decided to suspend the examination of the application and has ordered to apply to the Constitutional Court (AYM) on the grounds that national courts had a better position on handling such emergency cases.

On January 29, AYM had rejected the request for an interlocutory injunction.

In its decision, AYM had put forward justifications such as “unwilling attitude of the applicants to get in direct contact with public authorities and directing these to third parties” and “declaring different addresses on different on different times”.

ECtHR: Help may be provided

Evaluating the decision of AYM made on January 29, ECtHR has decided for the validity of AYM’s decision and providing applicants interlocutory help with regards to their complaints within the limits of possibilities.

“We hope the government would take action”

ECtHR has rejected the request reasoning that AYM was willing to watch over the situation of the applicants.

In addition, ECtHR has added that it hoped that “the Government would take every necessary action on the basis of the Article 41 of the Internal Regulations in order to protect the applicant’s rights to life and their physical integrities regardless of whom they are and comply with AYM’s decision the effectiveness of which depended on the authorities taking immediate action”.

In addition, ECtHR has called on the Government to inform the court on the overall situation and the developments in the health situation of the applicants.

Promoting the one stuck in Cizre to contact emergency services directly, ECtHR has asked them to give these services accurate information regarding their health conditions and locations.