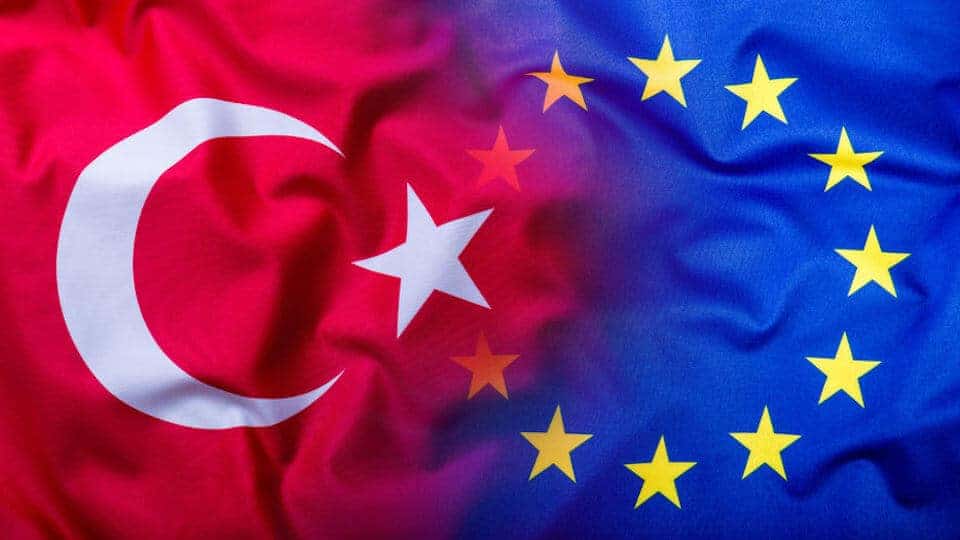 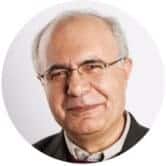 I used to enjoy researching European integration because the subject struck me as a rich laboratory for distilling evidence on the dark undersides of national governments. I have learned quite a bit about how the governments of my original and adopted countries (Turkey and the UK) defended the ‘national interest’ in Europe. My reading of the evidence suggested that ‘national interest’ was in reality nothing but that of veto points: small but tightly-organised interest groups able to capture public policy precisely because they are few in number and organise effectively. In contrast, the public at large (i.e., the legal and philosophical origin of the national interest) was sidelined owing to its inherent weakness in resolving collective action problems – as Mancur Olson has demonstrated.

Immigration is a policy issue where veto groups have a better chance of equating their selfish interests with an indivisible but largely fictive ‘national interest’.

The recent deal between the EU and Turkey on Syrian refugees is a shameful example of European public policy captured by veto groups, which consist of minority xenophobic groups and politicians concerned about their chances of re-election. The deal consists of three elements: (i) for each Syrian refugee returned from Greek islands to Turkey the EU will accept one Syrian asylum seeker from Turkey; (ii) the agreement will not apply to other nationalities (e.g., nationals of Afghanistan, Pakistan or even Iraq); (iii) extra financial assistance of €3 billion to Turkey, which doubles the promised aid to €6 billion.

The United Nation’s High Commission for Refugees (UNHCR), Amnesty International and others have already indicated that the deal is morally flawed and may be illegal. Essentially, it boils down to enforced deportation because both Syrian and non-Syrian refugees to be returned to Turkey will be deprived of their right to be heard in courts. Secondly, the deal implies sending refugees to Turkey, a country considered unsafe by human rights organisations. The latter have long criticised Turkey for detaining refugees arbitrarily, sending them back to dangerous countries, and obstructing their access to the jobs market.

Apart from its legal flaws, the deal is morally shameful for two reasons. First, it will not stop the flow of refugees escaping war zones. At best, the flow may be reduced if Turkey plays ball. Given the lack of security and stability in many parts of the Middle East and other countries such as Afghanistan, some refuges will continue to risk their lives to seek asylum in Europe – either via Turkey or through the Aegean Sea to Greece. Secondly, the exclusion of refugees of non-Syrian nationality represents a clear regression from the spirit of the 1951 Geneva refugee convention, which provides for equal treatment of all refugees escaping war zones irrespective of their nationality.

The deal is also flawed politically because it boils down to propping up an authoritarian Turkish government and president, which are killing innocent civilians (including children), destroying towns and neighbourhoods, and silencing dissent under the pretext of fighting terrorism. The increase in the number of terror attacks in Turkey is not independent of the government’s and the president’s authoritarian drive, their support for terrorist groups in Syria, and their hate-laden discourse that has fostered continuous violent attacks against the only party with a programme of unreserved respect for human rights and democracy – the Peoples’ Democratic Party (HDP). The combination of reckless foreign policy and suppression of opinion inside Turkey has been the main driver that has increased both the probability of and the returns to terror attacks.

Even if one assumes that the terror attacks are solely a security problem, the manner in which the Turkish government and its security forces (including the military) have responded constitutes a series of crimes punishable under international law. Although the European Court of Human Rights has so far rejected injunction applications on technical grounds, we will see a huge flood of individual cases that involve loss of life, loss of property, deprivation of water and sanitation, cruel treatment of men, women and children, and disrespectful treatment of the deceased.

Casualties Of The Deal

The deal also provides Turkey with at least tacit European approval to continue with its onslaught on the Kurds under the guise of fighting terrorism. International experience clearly suggests that armed conflicts have no winners. Turkey’s own history in the 1990s is a case that adds to the evidence. The main casualties of Turkey’s onslaught on the Kurds will be civilian Kurdish men, women and children.

The second casualty will be the emerging opposition under the HDP umbrella. Of the two other opposition parties, the Nationalist Action Party (MHP) draws on racist, xenophobic and oppressive tenets of Turkish nationalist ideology; the credentials of which include justification of the Armenian genocide and admiration for Nazism. The other opposition party – the Republican People’s Party (CHP) – includes both nationalists and social democrats but it is wedded to a statist ideology in which the ‘unity’ of the Turkish state (however defined) takes precedence over any political, economic or social issue in the land. This is why, as late as last week, its leader proclaimed that they would be against any constitutional change that would acknowledge different ethnicities in Turkey and put an end to Turkish being the only official language. This is despite the fact Kurds and other ethnic groups constitute about 15% of the population.

The deal is justified on the basis of the refugee crisis engulfing Europe. However, the justification reflects a tendency to put one’s wishes (or one’s trust in the current Turkish government) before the facts. European institutions have produced numerous reports, issued various court rulings, and invested a lot of staff time in meetings – all with the purpose of ‘anchoring’ Turkish democratisation. Yet, the state of democracy in Turkey today is worse than in the 1990s – and the early 2000s when AKP came to power. The EU and national governments bent on signing the deal, particularly the German government, should provide European citizens with evidence on how the deal would work and deliver the goods in a humane way. Unless this is done, the EU will end up propping up an authoritarian regime at a time when even the Americans have begun to voice harsh criticisms because of its role in Syria and its oppression of dissent at home.

The Turkish government has been intent on using Syrian refugees as a bargaining chip with the EU. Leaked minutes of a meeting on 5 October 2015 between the EU Commission president (Jean-Claude Juncker) and the Turkish president (Recep Tayyip Erdogan) demonstrate that this intent dates back a long time. Theleaked document indicates that Erdogan not only taunted Juncker but also was insincere about implementing his side of the bargain. Furthermore, it reveals that the Commission had deliberately delayed the publication of a Progress Report criticising the Turkish government’s democratisation record until after the elections in Turkey, which the AKP won on the back of a state-orchestrated violence campaign.

Looking ahead to the bizarre encounter over the weekend, we can see that only Cyprus is standing firm in its threat of vetoing the deal. Although the European Council president, Donald Tusk, visited Nicosia to soften Cypriot objections, the Cypriot president, Nicos Anastasiades, reiterated that Cyprus would not accept the Turkish demands. France and Italy made critical noises in early March but decided to toe the line in order to save Angela Merkel’s plan. Greece has also been wary of the deal, but its government’s hands are tied with the bailout deal it had to accept under duress. The UK government, as expected, declared support for the deal.

Overall, it looks as if the EU is bent on striking a deal with Turkey – betraying European values and leaving the Turkish prime minister and president rubbing their hands with the smile of an oriental rug seller. So Mancur Olson has been proved right – the European public which values democracy and human rights may be sidelined again this weekend. But remember: the prevalence of veto points in politics is a significant predictor of the fall and not the rise of ‘nations’.