Fatherland. A photographic project by Italian photographer Linda Dorigo that investigates Kurdish identity, by focusing on the presence and the meaning of the mountains in Kurdish culture and society. 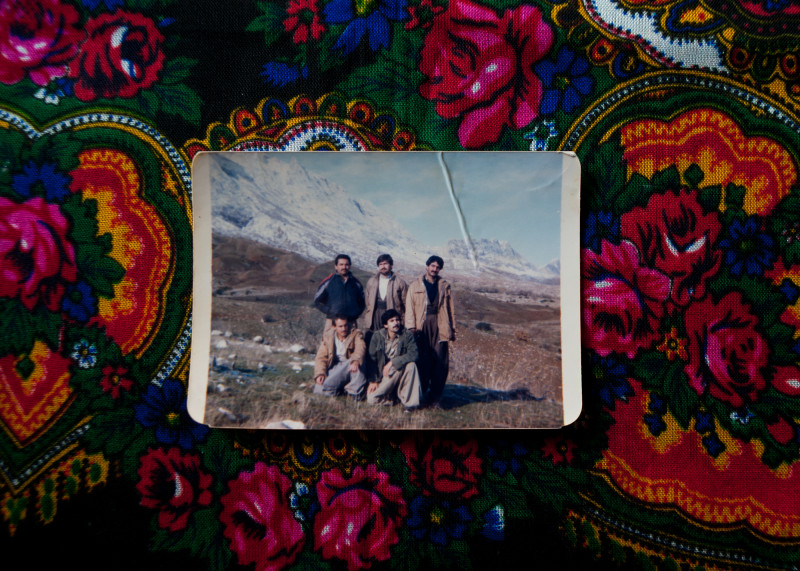 Those who were born and raised in the mountains know how important that safe haven called home is. I, like the Kurds, come from the mountains. I, like them, feel their call and the freedom these natural elements project on my spirit.

In recent years the “Kurdish issue” has become newsworthy. The rise of Daesh, the war in Syria, and the political struggle in Iraq and in Turkey have brought about a new emphasis on the Kurd’s desire for independence. The Eastern area of Syria, called Rojava declared its autonomy from Damascus on January 2014. I was there while the Kurds were fighting against Daesh and the Syrian army. Hundreds of people gathered up and celebrated the upcoming freedom, which they never experienced before. I felt I was living an important historic moment. Just one year later, Kurdish militias freed the city of Kobane from Daesh and the whole Syrian Kurdistan was officially declared an autonomous federation in March 2016. As the Syrian war was advancing, Daesh gained territories and importance also in Iraq. I was in Bashur in June 2014 when the so called Islamic State targeted cities close to that region. Daesh arrived just a few kms far from Erbil. Peshmergas managed to stop its advance, but thousand of IDPs and refugees fled the cities to reach Erbil and its surroundings. I lived those emergency days trying to understand the meaning of being a fighter, a peshmerga. Fighting for autonomy is part of the Kurdish identity. But this identity lies in the mountains as well. The Kurdish identity is in the mountains.

Iraqi Kurdistan. View of Qandil mountains. In July 2015 Turkish F16 bombed the bases of PKK where it is located since 2000. The Qandil mountains are a sanctuary, stretching westward from the Iraq-Iran border about 30 kilometers into Turkish territory. @Linda Dorigo

When I was a child my father taught me to respect the mountains. Waking up in the middle of the night to see the sunrise from the mountaintop seemed, at the time, like pointless suffering. We did not lose time having breakfast because “you don’t eat before exerting yourself,” my father explained. He would put a few pieces of chocolate in my pocket for when I got hungry. Even in summer it was still dark and cold. Along the first part of the path I slept on his shoulders. Halfway up, at first light, I’d jump down and start chattering. My father would remind me to be respectful, “you don’t shout in the mountains”. 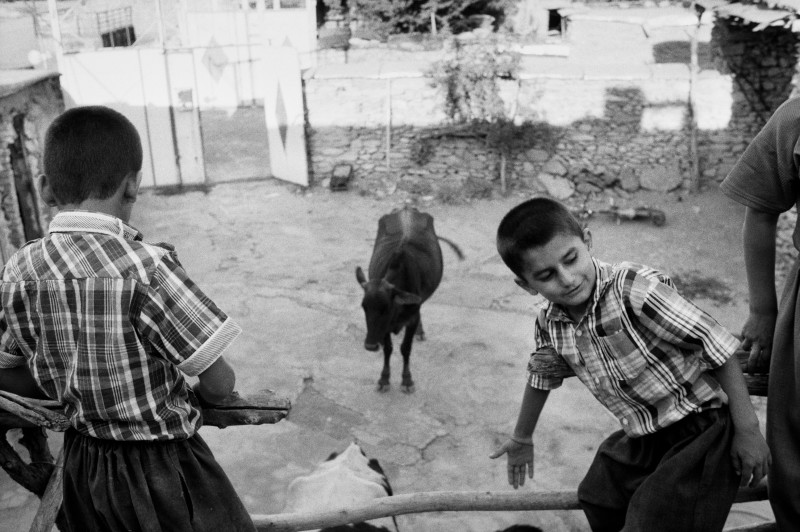 Village of Saoji is not distant from Iraqi Kurdistan but the border is closed. Khelan and Adnan live in the village with their 3 sons. @Linda Dorigo

From the mountains of Greater Kurdistan gush the Tigris and Euphrates, and – according to the legend – mount Ararat, on the border of present-day Turkey and Iran, is where Noah’s ark stranded. The mountains of Kurdistan have also prevented the Kurdish language from being contaminated by Arabs, Persians and Turks, the conquerors and rulers of these lands for centuries. Even nowadays in the Hawraman area, between Iraq and Iran, secret rituals are still celebrated, namely those of Hal- e haqq, a religious sect as ancient as the Zoroastrians and the Yazidi. Over the years the peaks of Qandil provided refuge to the peshmerga and the guerrillas of the PKK Abdullah Öcalan during the fight against the Turkish government. The Zagros Mountains chain is a natural border crossed for business, travel and weddings. 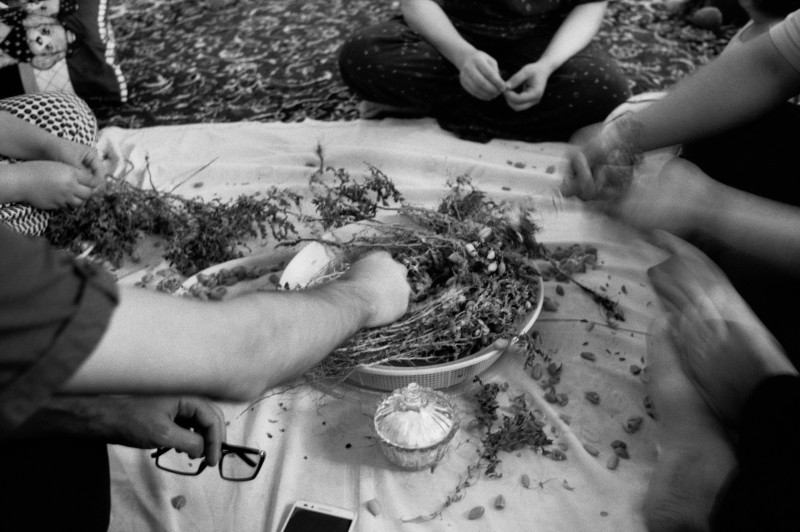 Mahabad. Iranian Kurdistan. June 2016. During the season of chickpeas, the families gather after dinner to eat the beans with tea. @Linda Dorigo

The project Fatherland investigates the key elements of the Kurdish identity, focusing on the presence and role of the mountains. It aims at documenting the deepest identity roots of a population that was always in the shadow of History. The mountains are the land to which the Kurds belong and their life revolves around them. The Kurds are the protagonists of Fatherland and I entrust myself to them as a privileged witness of their lives.

To know more about Fatherland visit the website of Linda Dorigo. For comments and suggestions you can write to [email protected].