Fierce clashes in Til Kocher and Rabiah 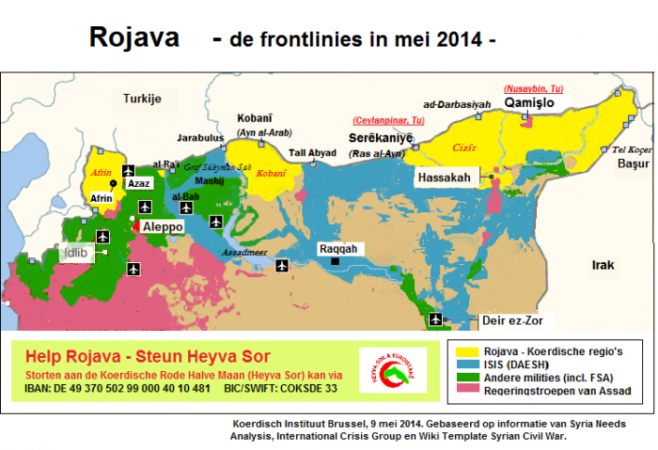 Clashes between YPG fighters and ISIS gangs which began yesterday morning are continuing in Til Kocher and Rabiah.

Heavy clashes between the ISIS gangs, who are trying to capture the Til Kocher border of Rojava and the town of Rabiah opposite in order to facilitate the transfer of weapons and fighters, and the YPG-YPJ fighters who have taken control of the area, are continuing.

The ISIS gangs are launching all out attacks on the YPG fighters who took over the positions of the Peshmerga who withdrew after the clashes intensified in Rabiah.

The YPG fighters are putting up a great resistance.

They bombarded the ISIS gangs with mortars and rockets

After clashes continued during the night, the gangs attempted to launch another attack this morning. However, the YPG-YPJ fighters repulsed the attack by bombarding the positions of the ISIS gangs with mortars and rockets.

A lot of ISIS gang members were killed in the counter attack by the YPG fighters, but there is no information about the casualties.

ISIS gangs that have taken up positions in houses in Rabiah town have attempted to carry out sniper attacks.

The YPG and YPJ fighters set fire to the houses to prevent this.

As the clashes between the YPG fighters and ISIS gangs continue, the Iraqi air force launched air strikes on positions of ISIS gangs in Girsor near Rabia.

It is reported that lots of ISIS gang members were killed and wounded during the air strike.

Meanwhile, the Iraqi air force is also reported to have attacked ISIS gangs with war planes in the Sedaa district of Mosul province.

Dozens of gang members were reportedly killed in this attack.
ANF – TIL KOCHER 04.08.2014