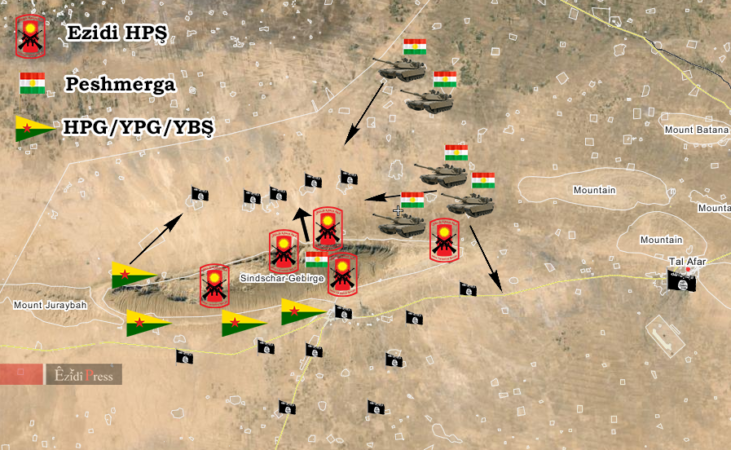 Qasim Dirbo, the local Ezidi commander in Zorava has advanced with his unit to the east of Mount Shingal. Prior to that, the heavily armed Peshmerga units had cleared the communication road between Zumar and Zorava, liberating further villages on the way. In the north of Mount Shingal, Peshmerga tanks which advanced from Rabia are now close to the villages of Sinune, Dugure, Borik and Duhola.

By controlling the communication road between Zumar and Zoarava, it is now possible to bring the 9,000 civilians trapped in the mountains to safety in Duhok. Clashes with ISIS are ongoing yet.