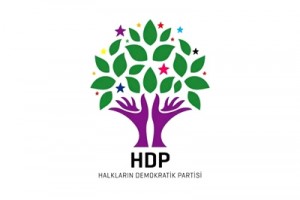 In a grave move against the interests of the peoples of Turkey and of democratic politics and peace, DBP Co-Chair Mr. Kamuran Yüksek has been arrested.

Mr. Kamuran Yüksek, co-Chair of Democratic Regions Party (DBP) has been arrested after an unlawful process of detention. Yüksek’s arrest on frivolous grounds citing speeches he made at party and public meetings, in other words because he expressed his thoughts and ideas is nothing but politically targeted policy of intimidation.

The ruling party has been seeking to overtake the municipalities it has lost to the DBP in elections by assigning caretakers. On the one hand it has DBP’s co-Mayors and municipal assembly members arrested and on the other, it targets DBP Party Assembly members and lastly DBP co-Chair. This lawless action targeting the co-Chair of HDP’s constituent member DBP which governs 102 municipalities and has hundreds of elected municipal assembly and city assembly members is unacceptable. With this step, we have entered into a new stage in the liquidation operation driven by the Palace-AKP rule against Kurdish political movement.

The government cannot stand parties that put up powerful opposition. It hopelessly resorts to arrests in its inability to cope with ideas and policies. In Kurdish geography, law and human rights and all sorts of democratic approach have been totally abolished today. Crimes against humanity have been committed for months now through the sieges, curfews and civilian massacres carried out in towns. And those who explain this truth to the public in Turkey and world over and struggle against this situation have become the target of the government’s attacks.

These are not the first attacks of the War Government and we are well aware that they will not be the last. However, we will once again underline that no power can prosper through oppression and tyranny. Their efforts to eliminate all bodies that oppose the War Government from the political arena will be of no avail. Political movements who are rather familiar with such periods will continue the struggle with much greater strength.

In order to uphold the democratization of Turkey and have peace prevail, the struggle against unlawful acts and attacks shall continue. The price that must be paid to have freedom and democracy prevail in these lands, shall be paid. There shall be no bowing in to those who try to intimidate the actors of democratic politics through pressure, annihilation and arrests.