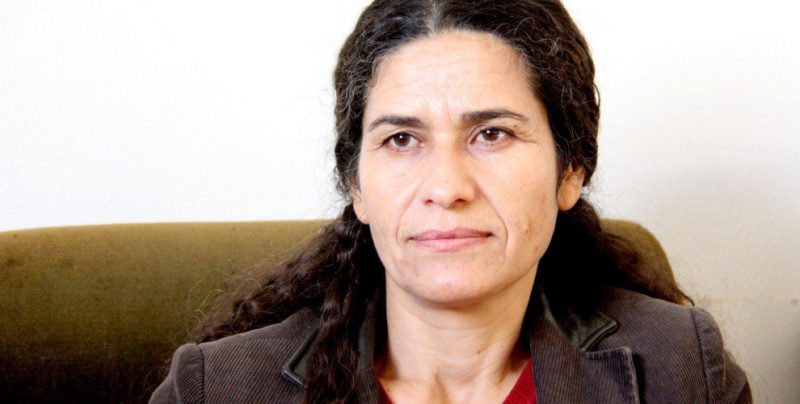 Syrian Democratic Council (MSD) Co-chair Îlham Ehmed stated that Turkey approached Russia when they couldn’t find the support they wanted in the US to attack Rojava, and that Russia in turn threatened the Kurds with Turkey’s attacks.

Îlham Ehmed wrote at her column in the Özgürlükçü Demokrasi newspaper: “Russia forcing the Kurds to choose between the Baath regime and Turkey’s attacks is a mistake of historic proportions.”

Ehmed’s article, translated by ANF English service, is as follows:

“Russia has been making statements implicating the Syrian Democratic Forces for the last two days. Sometimes they claim the US is using Kurds for its own interest, sometimes they say the security of Northern Syria will also be disrupted due to the situation with Turkey. Their latest claim is that the SDF made a deal with ISIS and evacuated them towards Tedmur. These statements can be read as a message of ‘If you don’t open up your region for the regime, Turkey will target you and we can’t do anything about it.’ So they are threatening Kurds with Turkey. As it is known, when the US didn’t pay mind to Turkish President Tayyip Erdoğan’s narrative, they inched towards the Russia-Iran line.

The US is opposed to Iran wanting to keep the Iraq and Syria line under control under all conditions. Recently, the Kurds have been facing several dangers, for instance even though the SDF isn’t in Deir Ez-Zor, they are threatened as if they are present there. Turkey wants to attack Rojava with a gang group they formed out of counterguerrilla units and spies. And because Russia has knowledge of this, they voice the concern that ‘the security of Northern Syria will be disrupted’. When Turkey’s proposal to enter Idlib wasn’t well received, they brought up invading Efrîn. This will create a dangerous situation. If Russia turns a blind eye to Turkey’s game, it will be a great mistake of historic proportions. Making the regime binding for the Kurds would be a historic tyranny.On the other hand, being an enemy to Kurds in this century also means taking one’s hands off of the Middle East.

Meanwhile Iran and Turkey continue to act over the old nation-statist and status quo-supporting foundation. On one hand they are developing alliances against Kurds, on the other hand Turkey spreads propaganda that Kurds are in cahoots with Iran. They are meddling with borders and nerve endings to carve a place for themselves in the region. For instance, a great demographics game is in place in the Shehba region. Thousands are forcibly removed from their homes, people are exiled and migrants from various regions are brought in in their stead. They wanted to do the same thing they did in Jarablus and Bab in Idlib, but this time it is apparent that it’s not going as they planned.

The Syrian regime still thinks and acts like they are sovereign over all of Syrian territory. Instead of changing and getting stronger, they are calculating a return to the past, to before the war. They do in fact see that they have no power, but they are trying to say ‘I am still in control and everything goes through me’ in the psychological war. They derive the biggest strength from Kurdish parties that make themselves out to be “Anti-Assad” but are truly “anti-autonomous administration”. These act against the revolution at every chance they get. By smearing the revolution, they are trying to cause friction between peoples and faiths. The only thing they want is to turn people away from the revolution.

Meanwhile in Raqqa, clashes have intensified and the date when the liberation operation will begin is drawing ever closer. As Turkey lost hope for the Raqqa operation, they are trying to divert their energies elsewhere. It has been seen that it is not possible for all powers to just act as they please in the Syrian field. Positions are getting clearer. But Iran is still seen as the unwelcome guest. In the coming period, this will get even clearer. KDP also wanted to play a role in Rojava, but both the treachery of the powers they leaned on and their own weaknesses prevented this. And when they failed to achieve what they wanted, they decided to insist on their mistake and took upon themselves a stance against Rojava, taking the same route as Turkey.

Heavy weapons support from the US to the YPG disrupted some old balances and alliances in the region. The US can read the region better and they want to strengthen their allies. Turkey saw this as unacceptable, because they thought there was no way their agreement with the US could be disrupted. They blame the US of “supporting PKK”, but US President Donald Trump openly said they “support Turkey against PKK and ISIS” in the press conference he and Erdoğan held together.

Citing these two names together disturbs most of the Kurds, because PKK gave great support for the Rojava Kurds in the fight against ISIS. They also saved Êzidî Kurds from a massacre. ISIS sees the PKK as their greatest enemy. So the Kurds don’t accept PKK being seen as the same as ISIS.”