Invitation for the 2017 Newroz Celebrations 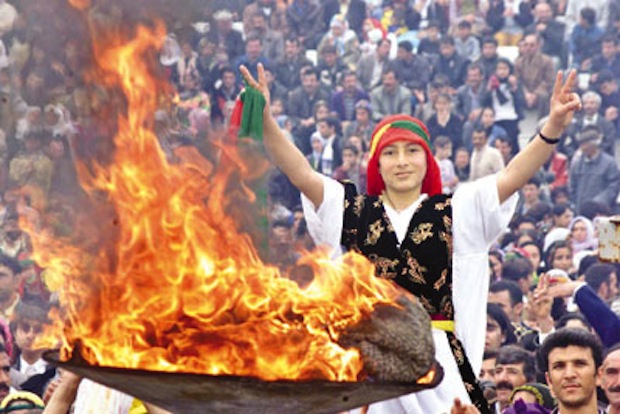 We would like to cordially invite you to join us for the Newroz (Kurdish New Year) that will take place in Diyarbakir, Van, Mardin and other kurdish and turkish cities, between March 17 and 22, 2017.

Newroz, the spring equinox, is celebrated across a vast geography as the harbinger of the joint revival of nature and society. For the Kurdish people, it also represents the symbol of struggle against tyranny.

As this year’s Newroz draws close, we are witnessing once again the Turkish government’s escalating politics of violence and oppression against Kurdish people, with the arrests of both our co-presidents Selahattin Demirtas and Figen Yüksekdag along with 10 of our deputies, most of our democratically elected mayors, and thousands of members of our party.

Besides, this year’s Newroz will take place within a context of heavy state of siege, and will be at the same time a ground of contestation against the coming referendum that wants to impose and legitimate the dictatorial regime of the president Erdogan.

In such an unfair context, we are waiting solidarity from deputies, mayors and civil society representatives across Europe, to celebrate Newroz as a part of struggles for a fair and sustainable peace, autonomous self-government, and democratic coexistence in Turkey, Rojava (Northern Syria) and broader Middle East.

We will be honored and strengthened by your presence.