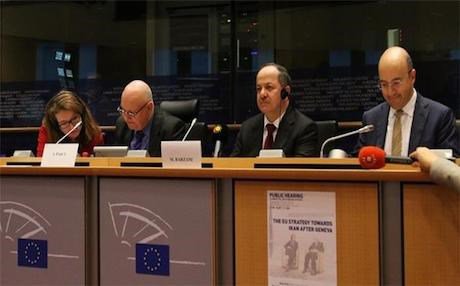 BRUSSELS, Belgium – The autonomous Kurdistan Regional Government (KRG) in northern Iraq will henceforth be allowed to attend high-level meetings between the European Union and Baghdad, according to an EU decision.

“Now that we are included, our people can express their wishes, make their own demands, objections and have influence,” said Zana Kurda, an advisor to the KRG’s European Union mission.

Until now, the KRG had not been included in the talks between Iraq and the EU, where issues such as trade, energy, human rights and other topics were discussed.

Since 2009, the KRG mission had expressed its will to be part of the process, but Kurda told Rudaw that the EU had always maintained that was “an Iraqi matter.”

The new decision allows KRG representatives to sit at the table alongside Iraqi authorities.

“This is a political and diplomatic victory,” he told Rudaw. “It is a positive improvement of the relationship between the EU and the KRG, but also between the KRG and Baghdad. Now we can better defend the Kurds’ interests.”

The EU decision followed meetings with KRG representatives and with Kurdish President Massoud Barzani during a visit last year.

Ajgeiy said that on May 19, a trade delegation from Iraq will be visiting the EU to sign an agreement on trade and energy, a meeting the KRG will attend.

“If something is decided, our representative will also be present, so that’s very positive.”

The KRG has gained greater international visibility since it was thrust into the frontlines of a war with Islamic State (ISIS) last summer.

The US-led coalition leading that war has called the KRG’s Peshmerga force its most reliable ally on the ground.