Published by ARA News on the 20th of March 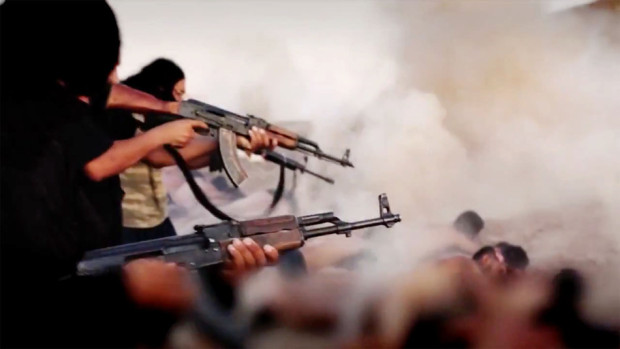 ERBIL – Extremists of the Islamic State group (ISIS) have vowed to “pursue and kill” members of the Kaka’i religious group in northern Iraq, considering them “infidels who must be eliminated”, local sources reported.

The Kaka’i Kurds are one of several multi-ethnic groups who are part of the Yarsan or Ahl el-Haqq (people of truth), a religion founded by Sultan Sahak in the late 14th century in western Iran. Some Yarsanis in Iraq are called the Kaka’is.

The majority of the Kaka’is live in northern Mosul and other areas in the Kurdistan Region of Iraq, where they face eminent threat of annihilation, similar to the Yezidi Kurds, at the hands of jihadi groups.

“ISIS militants have circulated statements and messages in the areas where the Kaka’is reside, threatening to kill them if hey did’t convert to Islam,” a local right’s activist told ARA News, speaking on condition of anonymity.

Speaking to ARA News in Erbil, Kaka’i media activist Zaradasht al-Kaki said their community is taking ISIS threats “very seriously”, pointing out that “the Kaka’is had earlier suffered several massacres at the hands of jihadis in Iraq”.

“We appeal to the Kurdish Peshmerga forces to protect the Kaka’is from these barbaric groups,” he said, warning of massacres smiliar to those suffered by the Yezidi Kurds.

The Yarsan adherents, estimated with 500,000 to 1,000,000, are primarily found in western Iran and eastern Iraq, they are mostly from the ethnic Goran Kurds, but include other smaller groups of Persian, Lori, Azeri and Arab adherents. The Yarsanis are also found in some rural communities in Turkey’s southeast where Kurds constitute a majority.

“We are a peaceful minority like the Yezidis, Christians, and other religious groups. Daesh calls us ‘apostates’ and must convert to Islam. We cannot live with these barbaric groups, who killed hundreds of Yezidis and displaced thousands more,” member of the Kaka’i community Dilo Cetin told ARA News, using an acronym for ISIS.

In August 2014, ISIS extremists had taken control of the Yezidi Shingal district in northern Iraq, causing a mass displacement of nearly 400,000 people. Tens of thousands of Yezidi Kurds remained trapped in Mount Sinjar, suffering mass killings, kidnappings and rape at the hands of ISIS militants. Also, more than 3000 Yezidi girls have been taken by the radical group as sex slaves. The Kurdish Peshmerga troops regained control of the Yezidi Shingal region in November of 2015, after fierce battles against ISIS. The Kurdish forces have recently discovered more than five mass graves in the Yezidi region, where hundreds of Yezidi civilians have been summarily executed and buried by ISIS jihadis.