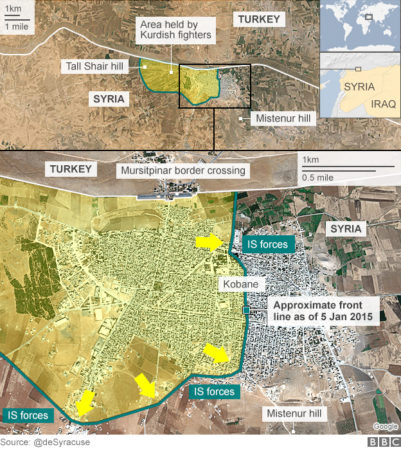 IS advanced on the town in September and quickly overran much of it.

Since then, however, Kurdish fighters helped by US-led air strikes have steadily pushed them back.

The Observatory, based in the UK, said Kurdish fighters known as the People’s Protection Units (YPG) had seized the security area after fierce clashes that started on Sunday night.

“Hopefully within days the (YPG) units will be in control of the whole city,” he said.

“The advance has become faster and the air strikes are more intense.”

The IS advance into Kobane has sent thousands of refugees fleeing across the nearby Turkish border.

Hundreds of people are believed to have been killed in the battle for the town.

IS controls large swathes of both Syria and neighbouring Iraq.