The repatriation of 6 ISIS children to Belgium has been confirmed. At the beginning of June a Belgian delegation left for the refugee camps in northeast Syria to check on the mental and physical situation of the children. Among the participants were initiator Gerrit Loots (professor of psychology, VUB), Rudi Vranckx (journalist, VRT) and a representative of Child Focus. President of Kurdish Institute Brussels, Derwich Ferho, joined the delegation to facilitate the cooperation between the Belgian delegation and the Kurdish authorities. 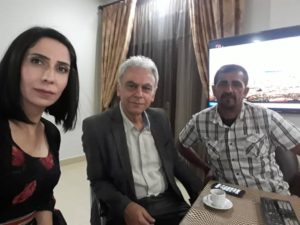 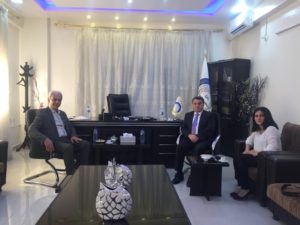 Kurdish Institute Brussels encourages the steps taken by European and American authorities to launch the repatriation of the children and welcomes their decision to take responsibility for the wellbeing of national citizens who have become the victim of their parents’ bad decisions.

Kurdish Institute Brussels regrets, however, the lack of attention paid to the thousands of Kurdish, Assyrian, Yezidi and other children who live in as miserable conditions as a result of the crimes of ISIS. The Autonomous Administration of North and East Syria, the name of the liberated area under Kurdish control, is being deprived of urgently needed humanitarian assistance and funds for the reconstruction of the heavily damaged area. International humanitarian organisations, who have turned towards the Assad regime to carry out their operations and who are cautious for a dismissive reaction by the Turkish government, renounce direct cooperation with the Kurdish authorities in the area.

We urge our government to send humanitarian assistance to those who have defeated ISIS and to help with the reconstruction of the area destroyed by its militias. If we want to find a durable solution to two very pressing issues confronting our society – refugee crisis and terrorism – the above-mentioned proposition should be a first and necessary step.