Letter of Support for HDP-chairs: “Democracy in Turkey is going on trial”

Published by The Guardian on the 5th of December 2017

A letter signed by Noam Chomsky, Clive Lewis MP, Peter Tatchell and others calls for opposition politicians Selahattin Demirtaş and Figen Yüksekdağ to be released from prison 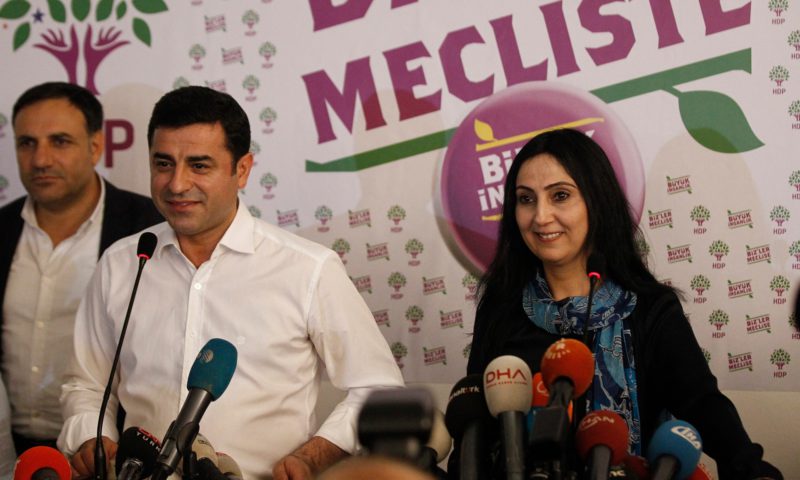 On 6 and 7 December democracy goes on trial in Turkey. Opposition politicians Selahattin Demirtaş and Figen Yüksekdağ will appear in court on trumped-up charges of terrorism, facing lengthy jail sentences. Their party, the People’s Democratic Party (HDP) is the third largest in Turkey. In 2015 they won parliamentary seats for the first time, representing a breakthrough for progressive forces and democracy in the country.

However, the state of emergency in place since the July 2016 coup attempt has been used to clamp down on all forms of opposition in Turkey. In November 2016 HDP MPs across the country were taken from their homes and detained. Currently there are nine MPs from the HDP in Turkish prisons along with 85 mayors and an estimated 10,000 activists. Journalists, academics and public sector workers have been purged from their posts. One million people are displaced in Turkey’s largely Kurdish south-east with cities including Cizre and Nusaybin flattened. The prosecutions of Demirtaş and Yüksekdağ are nothing more than show trials. We send a message of solidarity to Figen Yüksekdağ and Selahattin Demirtaş and demand their immediate and unconditional release from prison.