Turkey will soon have to contend with a Western-backed nation-building exercise in Syrian Kurdistan. 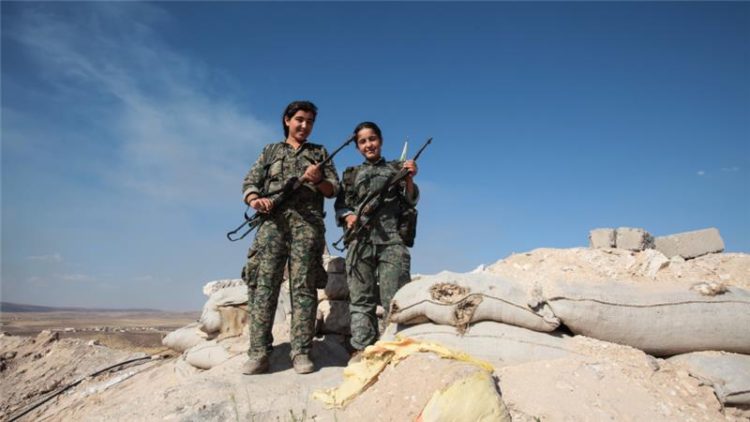 For the last three years of the four-year Syrian conflict, Turkey has had to contend with the increasing strength of the autonomous Syrian Kurdish region along its northeastern border and its de facto government – the Democratic Union Party (PYD), a sister group of the Kurdistan Workers’ Party (PKK) that has fought Turkey over the last 40 years for a combination of political and territorial rights for Turkey’s 15 to 20 million Kurds.

After several media reports indicating that Turkey was considering taking military action in the Syrian Kurdish region, Turkey appears to have rejected the idea. But that is because Turkey’s choices are limited and Ankara has no choice but to accept the emergence of Syrian Kurdistan – Rojava, in Kurdish – and the PYD, which is likely to dominate the region for years to come.

The PYD shot to international prominence in January after it repelled Islamic State of Iraq and the Levant (ISIL) fighters from the besieged town of Kobane. It is now a force in its own right, with not only an organised and disciplined armed wing but also a viable autonomous region in a country embroiled in devastating conflict.

Turkey has no alternative but to accept that a Syrian Kurdistan has become more sovereign and more powerful.

One year on since ISIL declared its so-called caliphate, Syria’s Kurds have proven to be effective fighters capable of not just containing ISIL, but also retaking areas under the group’s control and forcing it into retreat. Although the development was given little coverage, last week, Kurdish forces in Syria took a town just 48km from Raqqa – ISIL’s so-called capital. This came a week after the Kurds took another strategic city, Tal Abyad, and cut off a major supply route for ISIL fighters.

The military success of the PYD and its armed wing, the People’s Protection Units (YPG), has strengthened the Kurdish case internationally. The international community now recognises that the organisation, along with the PKK, constitutes a crucial partner in the war against ISIL. Soon, the US and Europe may find it too difficult to resist the removal of the PKK from its terror lists.

Such a development would be particularly significant given the growing international resentment at Turkey’s inability or unwillingness to prevent ISIL fighters from using its territory to enter Syria and commit atrocities.

The rise of Syria’s Kurds also presents something of a headache for Turkey because of the considerable overlap between the Kurdish populations of Syria and Turkey.

Undermining its own stability?

Any action Turkey takes against Syria’s Kurds will undermine Turkey’s own stability, bolster Kurdish nationalism as well as the PKK’s legitimacy at home, especially after the historic victory of the pro-Kurdish party, the Peoples’ Democratic Party (HDP), in Turkey’s recent elections. The HDP has historic ties with the PKK and just entered parliament for the first time.

The Kurds, therefore, wield significant local and regional influence in a volatile region struggling to stabilise and redefine itself. While Turkey continues to adopt a hardline position in response, President Recep Tayyip Erdogan and the Turkish state are facing a rapidly evolving region that continues to shift in the Kurds’ favour.

In the foreseeable future, Turkey may not only have to contend with growing international support for the Kurds but also a Western-backed nation-building exercise in Syrian Kurdistan, similar to the one successfully undertaken by Iraq’s Kurds in 1991, following the first Gulf War and the establishment of a no-fly zone over Iraq by the West.

As it is doing today with respect to Syria’s Kurds, Turkey in the 1990s attempted to undermine the Iraqi Kurdish nation-building process – to no avail. Turkey regretted this strategic miscalculation after the 2003 invasion of Iraq, when it found itself marginalised and on the back foot in terms of its ability to influence the new Iraq.

Turkey may attempt to rely on regional divisions between Kurds, as it has done historically – particularly rivalries between the PKK/ PYD leadership and the Iraqi Kurdish party, the Kurdistan Democratic Party (KDP). The KDP is currently the ruling party of Iraq’s Kurdistan Region. It is close to Erdogan and has historically been at odds with the PKK.

But despite such rivalries, there has been nothing to suggest, even remotely, that the Kurds could use their arms against one another. Political divisions have marked the Kurds’ relations throughout the region, but so far there has been little indication that political maturity and leadership could give way to conflict.

When speaking to senior officials from the PYD and KDP in March, it was clear to me that the Kurds recognise that they have far more enemies to contend with than they have ever had in their history, especially given the proliferation of hardline and powerful non-state groups that seek their demise.

Additionally, the Kurds have recently achieved far more success than they could have ever imagined. The Kurds today are no longer as dependent upon regional patronage as they were in the past, further protecting them from outside influence and manipulation. It is this sense of leadership, as well as their newfound capacity to shape the future, that makes the Kurds a far more independent and formidable force today.

Ranj Alaaldin is a visiting scholar at Columbia University and a doctoral candidate at the London School of Economics and Political Science.

The views expressed in this article are the author’s own and do not necessarily reflect Al Jazeera’s editorial policy.