Petition: Call for the representation of the Democratic Federation of Northern Syria (previously Rojava) in the Geneva Peace talks

Syria’s Kurds have a long history of opposition and a long history of struggle for the legitimate rights of their people in Syria and now the Democratic Federation of Northern Syria, formed in March last year, is fighting for democratic rights for all in the territory , regardless of ethnicity , gender or religion.  The Peoples of this region have been spearheading the battle against ISIS, all too often paying the highest price. The democratic system of self administration could form a blue print for a Syria-wide peaceful solution and it is deep injustice that the Democratic Federation has thus far been excluded from the talks. The process of a Syria-wide peace resolution requires at the very minimum a Syria-wide representation of all the communities whose future depends on the outcome. 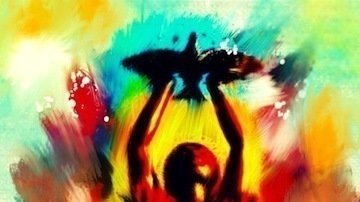 
The seventh round of the Geneva Peace talks on Syria concluded in July 2017 without a resolution. This is partly due to the obduracy of Assad’s envoys who are reluctant to discuss a transitional political process and partly the inefficacy of the UN. Nonetheless this remains the only non-military option on the table and must be seriously pursued.

The process of a Syria-wide peace resolution requires at the very minimum a Syria-wide representation of all the communities whose future depends on the outcome. Since the outbreak of civil rebellions against Assad in 2011, a little known self-governing administration in Northern Syria led by the Kurds has established a radical form of direct democracy based on principles of gender, class and race equality and ecological sustainability. It is their defence forces, YPG and the women-only YPJ, with the help of US Coalition air-cover, which have been winning the epic battle against ISIS in Raqqa. This northern region has been relatively the most peaceful part of Syria. The model of society that they have created could be a template for the whole of Syria. Their voice is missing from the Geneva talks.

Campaign for a political solution of the Kurdish Question
www.peaceinkurdistancampaign.com