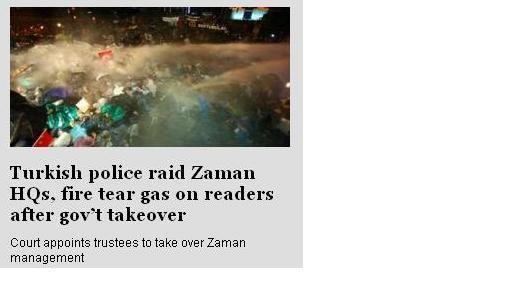 The preamble to the NATO treaty states that their member states are “determined to safeguard the freedom, common heritage and civilisation of their peoples, founded on the principles of democracy, individual liberty and the rule of law” (http://www.nato.int/cps/en/natolive/official_texts_17120.htm The state takeover of ZAMAN, the country’s main opposition newspaper, shows that Turkey is no longer a democratic country, and so is not eligible for membership of NATO. This presents an extremely dangerous situation, because if Turkey should claim to be attacked and invoke Article 5, all NATO countries could find themselves at war. The Turkish government is in conflict with the Kurds, both inside and outside Turkey, and with Russia, and it has trade arrangements with ISIS. Suspension of Turkey from membership of NATO would remove the danger of Article 5 being invoked.