PYD to Be Included in Upcoming Round of Geneva Talks 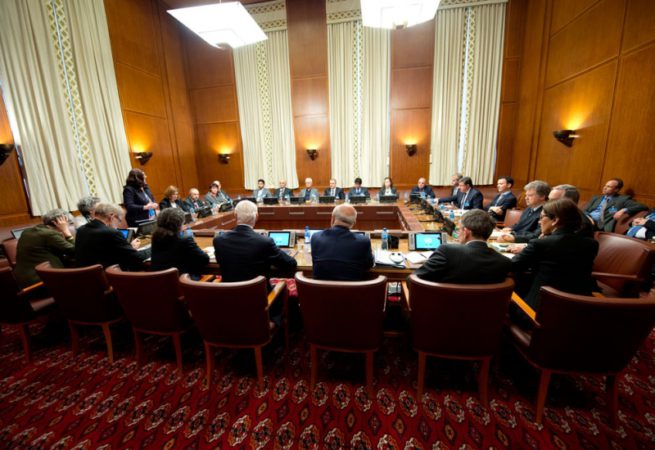 A source within the Democratic Union Party (PYD), the largest Kurdish party in Rojava, has confirmed that they will be involved in the next round of negotiations at Geneva.

Speaking to Kurdistan24, Sihanouk Dibo an advisor in the PYD, said they had received a detailed letter from United Nations Syria Envoy Staffan de Mistura, who is responsible for resolving the Syria crisis.

“De Mistura’s letter contains 29 points explaining the roadmap of the transition period for Syria, and I confirm that the PYD is involved in the upcoming round of Geneva talks,” Dibo said.

Dibo also added that the democratic experiment and achievements in the fight against terror in Rojava had convinced de Mistura. “The crisis of the Syrian civil war has two main aspects: war against terrorism and the democratic change in some regions in Syria. Both aspects succeeded in Rojava,” Dibo said.

The representatives of Rojava have not been invited to previous rounds of meetings at Geneva. PYD co-chair Saleh Muslim has said in many interviews that Turkey, which has a veto in who is included in talks, has been preventing their participation. If the PYD is invited to talks officially it will mean a strong shift in the political balance in Syria.

The previous three rounds of talks have not brought about any lasting results in resolving the Syria conflict.