Report of the Inter-Parliamentary Working Group on 9/21: Abdulkerim Omar warns the International Community of what is looming

Under the title of “The threatening situation in Northern Syria. Peace or utter destabilization”, an Interparliamentary Working Group (IPWK) took place yesterday, September 21, 2022, in the House of Parliamentarians.

The Kurdish Institute, organizer of the IPWKs, once again emphasized the autonomous region in Northeast Syria (Rojava). The reason for this is obvious. If the Turkish regime carries out the massive military invasion that it is preparing for northeast Syria, the entire region threatens to plunge into complete chaos. Which will have an improbably tangible impact on Europe. We are not only thinking of yet another stream of refugees, but also of a new terrorist threat from DAESH.

Abdulkerim Omar, the representative of Foreign Relations at the Autonomous Administration of Northeast Syria, provided the attendees with first-hand information and also offered diplomatic solutions.

The three main themes that Abdulkerim Omar talked about were:

A. Omar warned that it is time for the International Community to wake up and help tackle the region’s problems. If not, Europe threatens yet another wave of migration and terrorism.

Among the federal parliamentarians present were Ellen Samyn and Koen Metsu. Ellen Samyn thanked the Kurdish people for the years of struggle against DAESH and committed to use the information obtained to submit the necessary questions to the Minister of Foreign Affairs. Koen Metsu also took note of Omar’s argument and expressed his solidarity 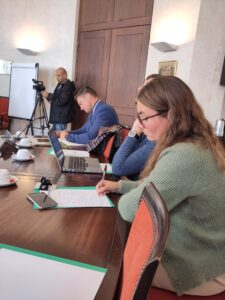 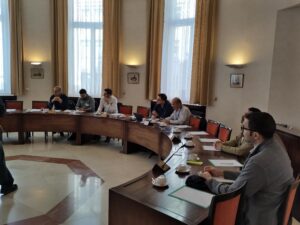