Rojava: A safe haven in the middle of Syria’s brutal war – CNN 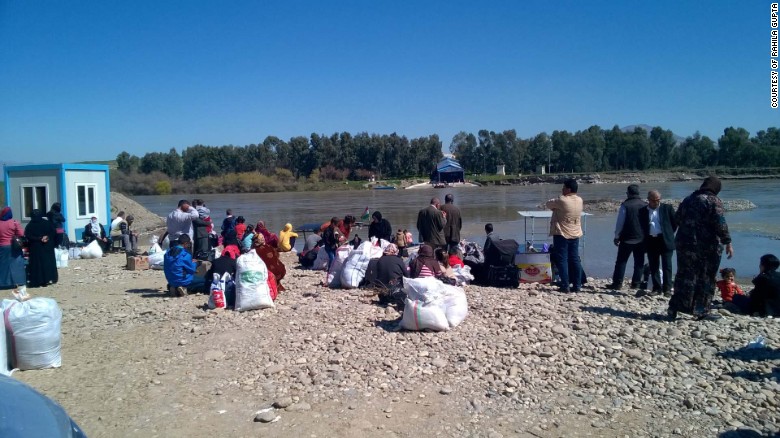 Rojava: A fragile experiment in the middle of Syria’s war Going to Rojava – “The moment I crossed the border at Peshabur from Iraqi Kurdistan (KRG), the semi-autonomous Kurdish-controlled region in northern Iraq, into Rojava it was obvious I was somewhere quite different,” Rahila Gupta wrote. “There were no malls, no motorways, no skyscrapers, no billboards; the only hoardings were pictures of “martyrs” who gave up their lives to defend the revolution.”

(CNN) As world leaders grapple with how to end the Syrian war, most people in the west are struggling to look beyond the bombs, destruction and refugee crisis to understand the tangle of alignments that is Syria.

What is often hidden from view is that a strip of land in northern Syria, known as Rojava, contiguous with south-eastern Turkey, is home to a remarkable revolution. And I do not use the term “revolution” lightly.
Since the Arab Spring in 2011, Rojava’s predominantly Kurdish population of around 3-4 million has effected a bottom-up transformation of society into a direct democracy, organized into three self-governing, Swiss-style cantons. 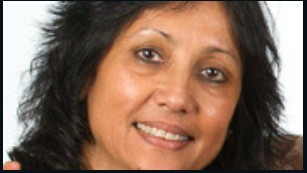 The change has been inspired by the ideas of Abdullah Ocalan — a founder member of PKK, (Kurdistan Workers’ Party), who has been languishing in a Turkish jail since 1999 for treason — and driven by the participation of women at every level.
Rojava momentarily hit the world stage in early 2015 after Kurdish fighters — with American air cover –valiantly liberated the city of Kobani from ISIS’s grip after 112 days of fighting. For the U.S., the Kurds of Rojava are the only reliable, effective fighting force against ISIS on the ground.
The U.S.’s support for Rojava brings them into direct confrontation with their NATO partner, Turkey, which sees opposes giving the Kurds a place at the Geneva peace talks.
The western media is often so focused on covering the war in Syria that the public’s only glimpse of this society is through eye-catching, “sexy” pictures of the female YPJ fighters. Beyond the photo-op, we are rarely given any insight into who they are.

The moment I crossed the border at Peshabur from Iraqi Kurdistan (KRG), the semi-autonomous Kurd-controlled region in northern Iraq, into Rojava it was obvious I was somewhere quite different.
There were no malls, no motorways, no skyscrapers, no billboards; the only hoardings were pictures of “martyrs” who gave up their lives to defend the revolution. 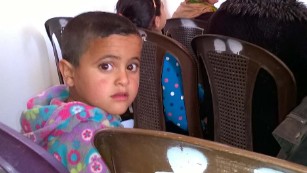 Boys at a martyrs’ funeral.

It’s an effect of Rojava’s cooperative-based economy, which is driven by the needs of the people, rather than profit. The man who runs the border crossing at Peshabur is paid the same wage as the 17-year-old who serves tea. It’s an equality that I saw replicated everywhere I went.
Strangers called out “Welcome to Rojava” enthusiastically, delighted that a foreigner had come to visit.
The border was marked by the Tigris River and there are refugees on both sides carrying vast amounts of luggage.
More are going into Rojava than leaving because word has spread that not only is it relatively peaceful but it is a secular, multicultural community genuinely open to the myriad ethnicities present there: Arabs, Turkmen, Yazidis, Arameans, Armenians and more.
Later, an Arab shopkeeper I spoke to at the souk in Qamishlo, the de facto capital of Rojava, told me the same thing. He’d just fled Raqqa, the de facto capital of ISIS’s self-declared caliphate, which is intolerant of all except a particular breed of hyper-religious Sunni Islam.

During the 10 days I was in Rojava, I was taken care of by the Kongira Star women’s organization.
Each night, I stayed with a different family and encountered the warmth and simple hospitality of a people with little to share but a lot to give. 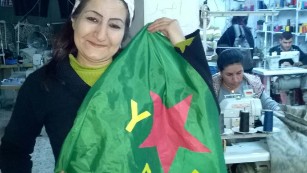 The YPJ flag belongs to the women’s defence units and was ‘modelled’ by a worker in a sewing collective.

Almost all had lost a son or daughter to the struggle. Many of the women I met could not read or write before the revolution and had been wed in arranged or forced marriages, sometimes as young as 15. Now, they were attending academies and delightedly practiced reading subtitles on the TV news.
They spoke of ending male domination and giving their daughters the freedom to choose their husbands and pursue careers. They were also now active outside the home in various committees — health, education, conflict resolution and more — formed by neighborhood communes.
These women were just as inspiring as the lifelong political activists and revolutionaries, who had forsworn family life and children to build a society with equality embedded in its structure.
They were running the economy, the “army,” the health services, the administration — the equivalent of government ministers in Rojava — and yet were still hugely accessible, prepared to give you the time of day even within an extremely busy schedule. Even if just over a simple meal.

Syria’s civil war created a political vacuum that allowed the Rojava revolution to flourish. Similar attempts at direct democracy across the border in Turkey, in cities like Diyarbakir, have faced the brute force of the Turkish state. 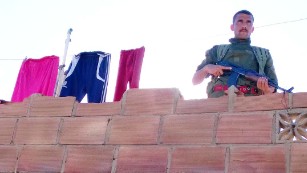 Life in the embattled community: A patrolling soldier stands next to a line of washing.

Turkey, Iraq, Iran and Syria — all of which have substantial Kurdish populations — have attempted to erase Kurdish identity, with varying levels of brutality, fearful of losing territory to a possible future nation-state of Kurdistan. This despite the fact that Ocalan is no longer calling for an independent nation-state, rather democratic, autonomous communities operating within the existing national boundaries of countries where Kurds live.
The PYD (Democratic Union Party), which looks to Ocalan for its ideological moorings, is the most dominant political force in Rojava. It has been busy building just such communities, including its military wing, the YPJ and the YPG (People’s Protection Units) to protect this fragile experiment against the large number of enemies ranged against them.

Threats on all sides

Turkey sees Rojava as a threat and an extension of PKK’s (Kurdistan Workers’ Party) political and military activity in south-eastern Turkey. Even though the PKK has renounced its violent past, Turkey continues to brand it a terrorist organization — and Europe and the U.S. have followed suit. To the south, Rojava is defending itself valiantly against ISIS. 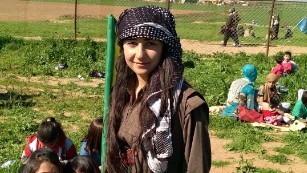 On the border with Turkey. Ankara sees Rojava as a threat and an extension of PKK’s (Kurdistan Workers’ Party) political and military activity in south-eastern Turkey.

As if that was not complicated enough, Russia and the U.S. — who were, until Russia’s recent withdrawal, fighting on opposite sides in Syria — both support Rojava.
A diplomatic office was recently opened in Moscow. When I asked various politicians in Rojava to explain this conundrum, they said that they were not aligned to any side but prepared to take the assistance of any power in order to fulfill their long-term goal of “democratic confederalism … the democratic system of a people without a state.” Presumably it is also an assertion of their independence from the U.S..
To the east, lies Iraqi Kurdistan, an independent state in all but name, which has important trade links with Turkey — and their president Massoud Barzani, with his brand of conservative, tribal politics, has hitched his wagon firmly to Turkey.
This has meant that Iraqi Kurdistan, along with Turkey, has closed the border, imposed a trade embargo and is digging a trench to separate the two countries.

When ISIS has been driven from Syria, as will undoubtedly happen, there is a real danger that the U.S. will turn on the people of Rojava because their anti-capitalist ideology is almost more of a threat than the religious fundamentalism of ISIS.
The U.S. has also been an untrustworthy friend. When 70% of Kobani was destroyed by U.S. airstrikes in the battle against ISIS, they showed little interest in helping rebuild it. It did not use its leverage with Turkey to pressurize President Recep Tayyip Erdogan into letting essential building materials enter Syria.
This embattled community, which has made huge strides in ensuring gender, class and racial equality in war time, needs our support.
International leverage must be brought to bear on Turkey and Iraqi Kurdistan to re-open the borders so essential trade can flow in both directions; the PKK must be taken off the proscribed list of organizations; and aid should be provided for the influx of refugees from other parts of Syria to this safe haven. 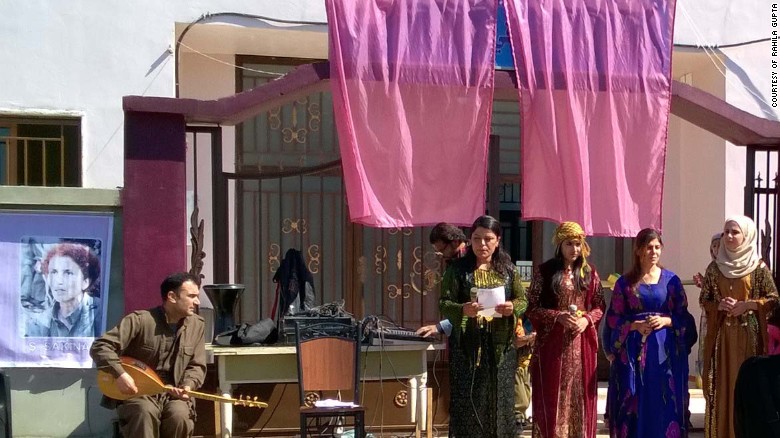 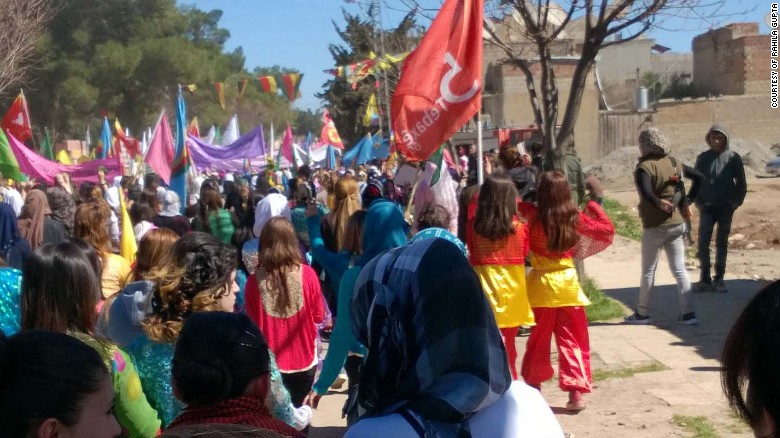 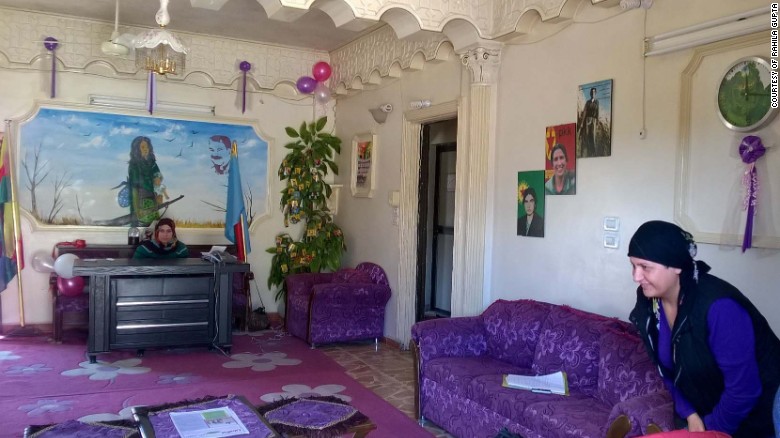 Rahila Gupta is a freelance journalist and writer. Her books include “Enslaved: The New British Slavery.”Gupta visited Rojava in northern Syria recently during research for a forthcoming book co-written with Beatrix Campbell, “Why Doesn’t Patriarchy Die?” Follow her on Twitter: @RahilaG. The opinions expressed in this commentary are solely hers.
X
F
E
E
D