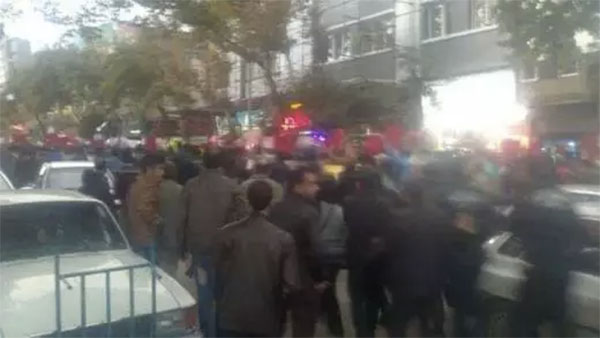 The Iranian regime is continuing pressure on human rights activists in Rojhelat (eastern Kurdistan). According to media reports, two Kurdish activists of Kobanê Campaign, Sohrab jalili and Jahanbakhsh Vakili were arrested by the Intelligence Office of Sine (Sanandaj) and transferred to an unknown location.

Sohrab and Jahanbakhsh’s arrest follows that last Saturday the people of Sine come out to support of the World Kobanê Day. In that rally, Iranian security forces attacked the demonstrators in Sine and some were arrested and several injured in 1th of November.

Last Tuesday, an official of Iran’s Basij have criticized the rallies for Kobanê called “racist and separatist actions”.