The new press release form the lawyers Selma Benkhelifa, Joke Callewaert ve Georges-Henri Beauthier who visited Shengal and Maxmur. This is a fact finding mission focussed on the use of Turkish drones against civilians.

At the end of July 2022, Iraq filed a complaint to the United Nations for the death of 9 civilians killed by Turkish drones in Zakho, northern Iraq. These Turkish attacks on Iraqi territory are relentless and have caused dozens of civilian casualties in the Kurdish region.

We went on a mission to listen to these victims or their families. As soon as we came back, we were stunned to learn that the refugee camp where we were received had been the victim of a new drone attack on Monday 29 August.

First, we went to meet the Yezidi population, a religious minority persecuted and threatened with genocide by Daesh.

In the village of Khanesur in Shengal, near the Syrian border, we are immediately confronted with the reality of this permanent threat: a drone flies over us.

The inhabitants all express their terror at these killers from the sky. Turkish drones fly over their village every day.

For 275 years (1640 – 1915), the Yezidis were massacred and subjected to attempted genocide in the Ottoman Empire. Daesh has continued these massacres. One remembers the young girls kidnapped and sold. For the Yezidis, Erdogan’s regime continues this genocidal policy.  The people fought and repelled the Islamic State murderers. Now they are facing a new threat against which they feel helpless and defenceless.

Our visits to the families of the victims are heartbreaking and leave us with more than a sense of outrage. Something must be done.

We then leave for the refugee camp of Makhmour, further east, near the city of Mosul. Here too, Turkish drone overflights have been a daily occurrence for months.

We meet the inhabitants of the camp. They explain to us that the camp was created in 1997 after the families were forced to leave their villages in Turkey, burnt by the Turkish army. These villagers fled in 1994 and were pursued by the Turkish army in Iraq. Today, they have rebuilt their lives and homes in Iraq, in the middle of a near-desert. They continue to be persecuted by Turkey.

Turkish drones target them on the grounds that they are PKK fighters. However, the victims are civilians, such as a 73-year-old woman whose daughter we met, three young women who were tending their cattle, a 16-year-old girl who was milking her sheep, etc.

The Makhmour camp is located 250 km from the Turkish border and cannot constitute a threat to Turkey.

We return shocked and outraged by these illegal, illegitimate and unpunished murders. Legal action under international law must be taken, as well as initiatives to ban the use of drones as weapons of war in violation of international law. 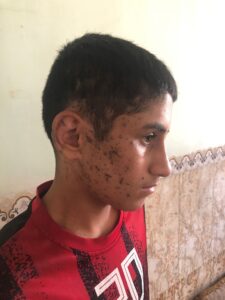 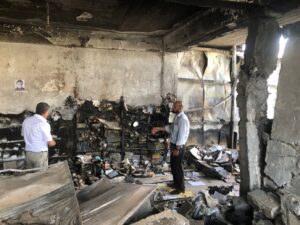 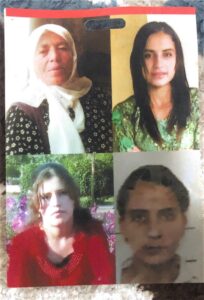 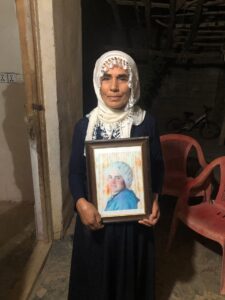