Turkey is massacring Kurds, Arabs, Christians and refugees in Afrin

Since the outbreak of the Syrian conflict, Turkey has supported all Salafist groups including Al-Qaeda and ISIS. Turkey got these groups to target the Kurds. It organized ISIS’s attack against Kobani in 2014. ISIS was dealt its first defeat in Kobani and later on at the hands of the Syrian Democratic Forces. The Kurds became a part of the International Coalition against ISIS. Currently the most secure, stable and democratic regions of Syria are those administered by the Kurds and their partners.

One of these regions is the canton of Afrin. Afrin has been able to remain an island of stability and security since the outbreak of the conflict. It is for this reason that the city took in almost 300,000 refugees. Neither Afrin, nor any other region in northern Syria controlled by the SDF has attacked or threatened Turkey.

Turkey is attacking Afrin and Rojava because it is a Kurdish region furthering its status as a stable and democratic entity. Turkey has not been able to accept ISIS’s defeat and on 20 January has been attacking Afrin with all of it’s force. Its fighter jets and tanks is purposefully attacking civilian inhabited areas. Tens of civilians have been killed, of which most are women and children, and hundreds have been injured. The Turkish army is committing warcrimes as described by international law; and humanitarian crimes as described by universal morality.

The north of Syria has largely been cleared of ISIS and other Salafi groups. However, the Salafist threat still exists. Turkey’s attacks are both destabilizing the region and damaging the fight against ISIS.

When all of these developments are in the open for everyone to see, the reactions of Russia, the USA, European countries, the EU and the UN against Turkey’s attacks have disappointed us. Russia, who controls the airspace in the region, first withdrew its soldiers from the area and then open the airspace for Turkish fighter jets. The USA, the EU and the UN have made weak statements that have not addressed the severity of the situation and this in turn has encouraged Turkish aggression. Whoever has spoken has primarily “acknowledged Turkey’s right to protect its borders and legitimate security concerns”. What concern? The ones that are being attacked, the vulnerable one is Rojava and the peoples of northern Syria. The UNSC convened on 22 January 2018, but dit not even manage to condemn the Turkish offensive. This stance ensures that the UN is a mere bystander in the face of this unprovoked aggression. This is not how one should treat a people who have valiantly fought against ISIS on behalf of humanity; this is not a moral position. 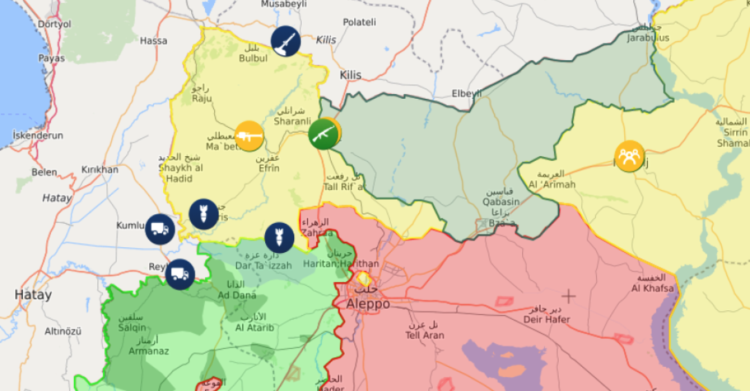