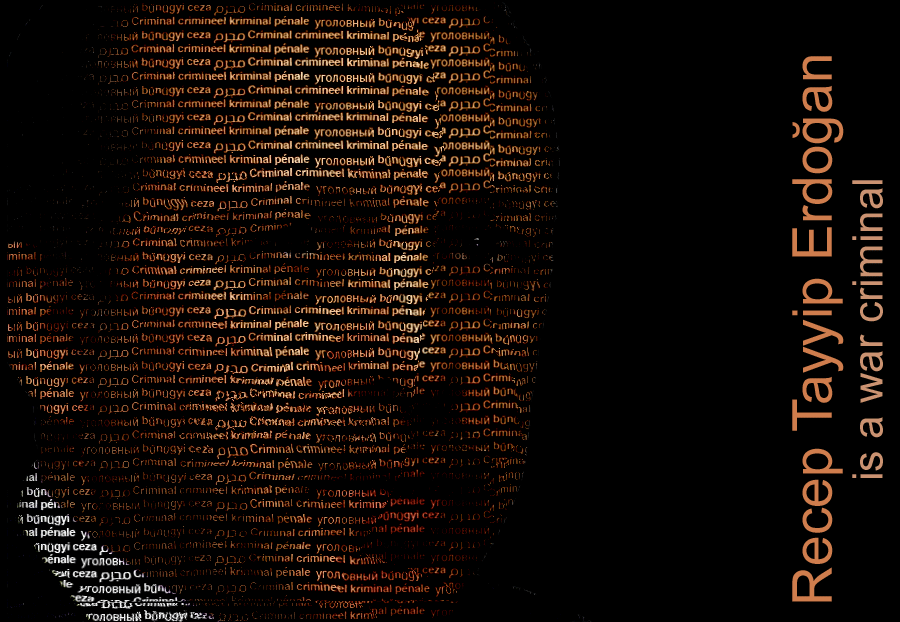 STOCKHOLM,— A group of Swedish lawmakers said Monday they have filed a legal complaint accusing Turkish President Recep Tayyip Erdogan of genocide, crimes against humanity and war crimes in the Kurdish southeast of his country.

The complaint signed by five lawmakers from the Left and Green parties is the first of its kind in Sweden against a head of state.

The suit relates to the conflict in Turkey’s Kurdish region in the country’s southeast [Turkish Kurdistan], which has been battered by renewed fighting between Kurdish rebels and Turkish security forces since a fragile truce collapsed in 2015.

“We are five lawmakers handing in a complaint… (requesting) punishment for genocide, crimes against humanity and war crimes,” Annika Lillemets, a MP for the Left party, told a news conference in Stockholm.

A Swedish law adopted in 2014 allows the country’s courts to judge cases of alleged crimes against humanity regardless of where they have been committed or by whom.

The law stipulates that “anyone, who in order to completely or partially destroy a national or ethnic group of people” kills, causes serious pain or injury is “guilty of genocide”.

The Public Prosecution Offices said it would now decide whether to initiate a preliminary investigation, adding that “it may take a while”.

If prosecutors decide to launch an investigation, Erdogan could risk an arrest warrant in Sweden, the lawmakers said.

Carl Schlyter, an MP for the Greens, said he hoped other lawmakers in European countries would follow their move.

“If (Erdogan) is hindered from roaming around in Europe and influencing European countries the way he wants, then I hope that this will affect his politics,” he said.

Since July 2015, Turkey initiated a controversial military campaign against the Kurdistan Workers’ Party PKK in the country’s southeastern Kurdish region after Ankara ended a two-year ceasefire agreement. Since the beginning of the campaign, Ankara has imposed several round-the-clock curfews, preventing civilians from fleeing regions where the military operations are being conducted.

Observers say the crackdown has taken a heavy toll on the Kurdish civilian population and accuse Turkey of using collective punishment against the minority. Activists have accused the security forces of causing huge destruction to urban centres and killing Kurdish civilians.

In March 2017, the Turkish security forces accused by UN of committing serious abuses during operations against Kurdish militants in the nation’s southeast.

The UN Human Rights Office in March released a report on allegations of “massive destruction, killings and numerous other serious human rights violations committed” between July 2015 and December 2016 in Turkey’s southeast.

More than 40,000 Turkish soldiers and Kurdish rebels, have been killed in the conflict.