Published by Kurdish Question on July 2, 2017 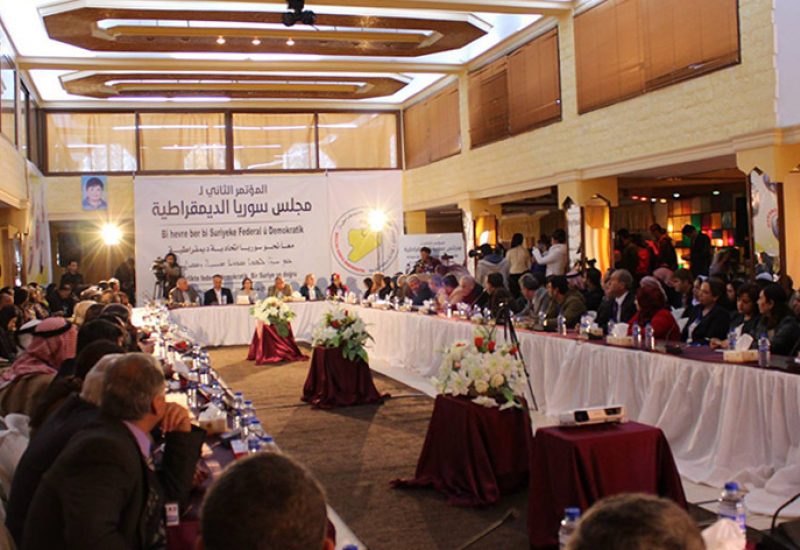 The Syrian Democratic Council (SDC/MSD) has released a statement in relation to recent threats by the Turkish government against Rojava’s Afrin Canton and condemned the practices of the Turkish state while calling on the Arab and international community to pressure Ankara to stop its aggressive policy.

“Together with the International Coalition, the SDF (Syrian Democratic Forces) are clearing Syrian lands of terror and making history in Raqqa city which ISIS declared its capital. The Turkish state, unable to achieve its goals [in Syria] is waging a war through the media. In addition, it is dispatching weapons to Mare and Azaz, massacring civilians, shelling villages and displacing the local people,” the statement read.

“With its attacks on Afrin Canton and the Shehba region, the Turkish state threatens to invade the areas that serve as a safe area for thousands of refugees, and seeks to deal a blow to the Democratic Federation of Northern Syria (DFNS) project.

We warn that a military intervention by the Turkish state will mean a general mobilisation and declaration of war, and we state that this will not be for the benefit of the region’s peoples. As the peoples of Syria we will continuing building new relations and strengthen our friendship with the peoples of Turkey.

We strongly condemn the Turkish state’s and army’s intervention on Syrian lands, and call on the Arab and international community primarily – the US, Russia and European Union states – to pressure the Turkish state.”