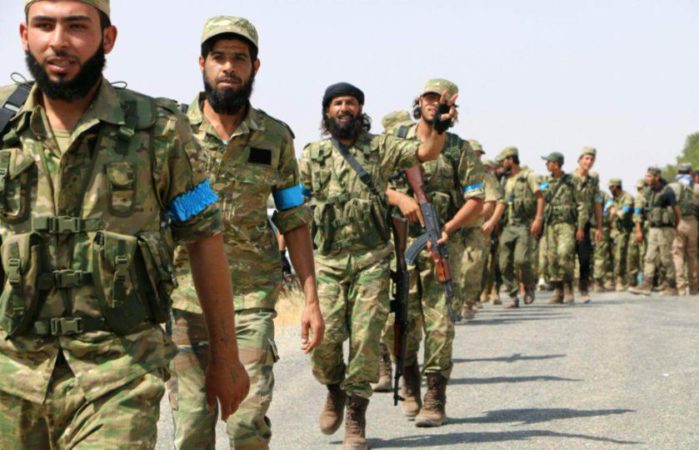 Aleppo – The Syrian Democratic Forces (SDF) on Thursday accused Turkey of ethnically cleansing whole villages in northern Aleppo Governorate and called for an investigation. The SDF also accused Turkey of bombing their positions to impede the campaign against the Islamic State (ISIS).

Tensions between the SDF and Turkey-backed rebels grew after Turkey said it would take the cities of al-Bab and Manbij in northern Syria. Those tensions were manifest last week when Turkey’s Army and allied rebels attacked SDF positions near the cities of Tel Rifaat and Afrin.

The SDF has accused Turkey and its Syrian allies of depopulating villages deemed to be intrinsically hostile. “Turkey, with its militias, emptied the population of al-Rai town and other nearby villages, displacing thousands of people and preventing them from returning,” SDF spokesman Shervan Darwish said.

“Turkey accuses our forces of the ethnic cleansing. However, Turkey with its allied rebels are the ones committing criminal acts,” the Kurdish spokesman added.

Darwish said that the groups being backed by Turkey are jihadist and therefore inherently intolerant. “Ideologically, the militias led by Turkey in Syria are a copy of ISIS. These groups are all affiliated with the Islamic Movement of Ahrar al-Sham and Jabhat al-Nusra in Idlib,” he said.

The SDF spokesperson emphasized that the Turkey-backed rebels are also anti-Western, unlike the SDF. “These extremist groups expelled the US military from al-Rai, calling the West ‘infidel and Crusader,’ the same slogans used by ISIS,” Darwish said.

“We call on the international community to visit the town of al-Rai and surrounding villages in order to investigate these crimes,” Darwish concluded. “The world should be more serious in the fight against the mentality of terrorism and extremism.”