Posted on April 28, 2015 by Ekurd Daily – Editorial Staff in Kurdistan. 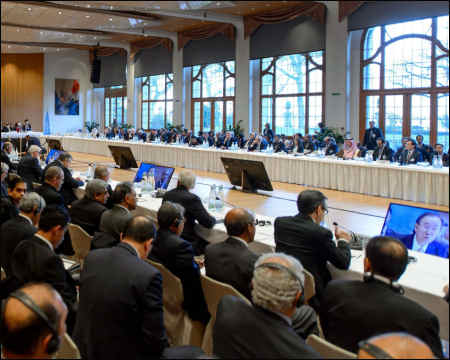 According to a report by ANHA News Agency, PYD has been invited together with various other opposition groups in Syria to Geneva III conference which seeks a political solution to the crisis in Syria and proposes negotiation between Baathist regime and the Syrian opposition.

Democratic Autonomy Administration European Representative Sinem Mihemed told ANHA that the first meeting of the preparation committee of Geneva III conference will be held in Geneva at the beginning of May on the initiative of UN Special Envoy for Syria, Staffan de Mistura.

Mihemed said PYD has been officially invited to the conference this time, different than the previous two in which the Kurds did not participate and no results could therefore be obtained. Mihemed said TEV-DEM representatives will also be able to attend the conference, adding that a certain number of political parties, Syrian opposition groups and NGOs have been invited to the 3rd conference.

The Kurds and the leading forces of the Syrian Kurdistan (Rojava) Revolution had not been invited to the first summit held in Geneva on 30 June 2012. The first conference was attended by the UN Security Council permanent members Britain, US, Russia, China and France as well as Turkey, Iraq, Kuwait, Qatar foreign ministers, the High Representative of EU Foreign and Security Policies and the general secretary of UN.

Kurds were not invited to Geneva II summit held on 15 February 2014 either. In both of the conferences no results to develop a political solution in Syria could be obtained.

Need to be mentioned that it is not clear if representatives from Iraq’s Kurdistan Regional Government (KRG) will participate in Geneva III meeting. KRG officials were not invited to the last two talks and U.N. spokesman Ahmad Fauzi said it is still unclear whether Kurdish representatives will be invited to take part in the next round, NRT reported Monday.