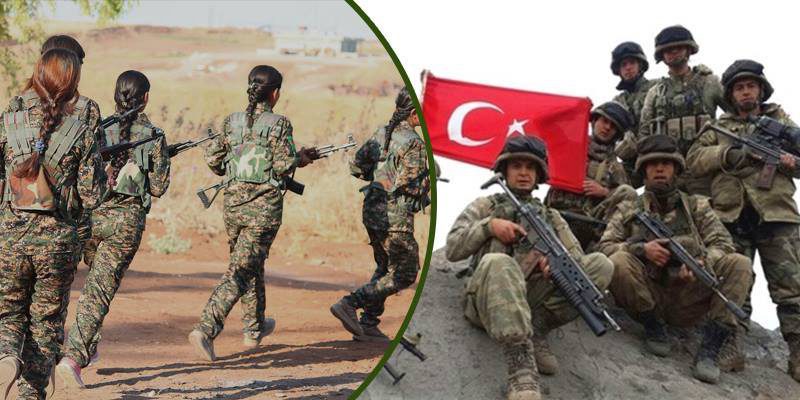 Kurdish officials have called on the international coalition to stop Turkey’s military operation against Rojava-Northern Syria.

The Syrian Kurds say that the operation, which targets Afrin (Efrîn) District, could imperil the ongoing Raqqa campaign.

Sihanok Dibo, a senior official in the Democratic Union Party (PYD), said on Thursday that Turkey and its proxy forces had been bombing Afrin in order “to disrupt liberation of Raqqa.”

The Kurdish official added that ending Turkey’s aggression was “the responsibility of the international coalition.”

Sharvan Darwish, a spokesman for the Kurdish-led Syrian Democratic Forces (SDF), echoed Dibo in a statement, calling on the world to stop Turkish aggression.

“For years, we’ve been fighting the terrorists with our lives & blood!” he said. “[The] world should take a stand against Turkish occupying aggression around Efrin.”

Turkish Deputy Prime Minister Veysi Kaynak said on Wednesday that the SDF should be cleared out of the Afrin to ensure the security of Azaz, Maree, Al-Bab and Idlib.

“The problem in the region is the Syrian Kurdish Democratic Union Party and Kurdistan Workers’ Party (PKK), their control over Afrin and the establishment of a Russian base there,” Kaynak told the media in Kahramanmaraş.

A Kurdish journalist in Afrin told ARA News that Russian forces remain in Afrin District, and that while there was Turkish shelling yesterday,  the region was relatively quiet today.

The Kurdish People’s Protection Units (YPG) have said they will respond to any Turkish aggression with force.

According to the Kurdish news agency ANHA, the Turkish Army and its proxies have issued warnings to Kurdish villages near Til Rifaat in Aleppo Governorate, ordering them to evacuate within two days.

The Russian Nezavisimaya Gazeta news organization reported that Kurdish forces are counting on Moscow to respond to another Turkish military campaign aimed at seizing Afrin.

Syrian Kurds suspect that there is a deal being hatched between the Syrian government, Moscow and Ankara. Under its terms, the parties would isolate Afrin, and allow Turkey to attack Kurdish communities in northwestern Syria.

According to Russian experts, the weakening of the Kurds in Afrin benefits both Ankara and Damascus.

“There are enough forces to hold up its defense,” explained Anton Mardasov, Head of the Department of Middle Eastern Conflicts at the Institute for Innovative Development. “Turkey’s previous attempts with the help of the Syrian opposition failed. Now the question is, what forces can they attract.”