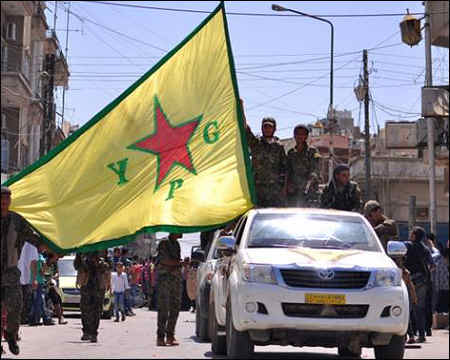 BEIRUT,— Kurdish forces in Syrian Kurdistan have retaken the town of Ain Issa located near the Islamic State’s de facto Syrian capital, Raqqa, from the IS militants, the Kurds and a monitor group said.

Kurdish forces had seized Ain Issa on June 23, but on Monday jihadists launched a new assault on the town located 55 kilometres (35 miles) from Raqqa.

“Ain Issa was liberated and IS fighters were driven out,” the Kurdish People’s Protection Units (YPG) of Syrian Kurdistan said on Twitter.

“The town is totally under the control of the Kurdish People’s Protection Units after the death of dozens of mercenaries,” the YPG said without elaborating.

The Syrian Observatory for Human Rights also confirmed the Kurds were in control of Ain Issa, and that they were now trying to track down any IS fighters who have gone into hiding.

The town, only 50km (30 miles) north of Raqqa, is of strategic importance.

The battle between the Kurds and the jihadists is one of many active fronts of the Syrian civil war.

The YPG have been backed from the air by an international coalition that has been carrying out air raids on IS in Syria since September 2014, helping them to recapture ground lost to the jihadists.