Syrian Kurds say they are ready for Raqqa operation 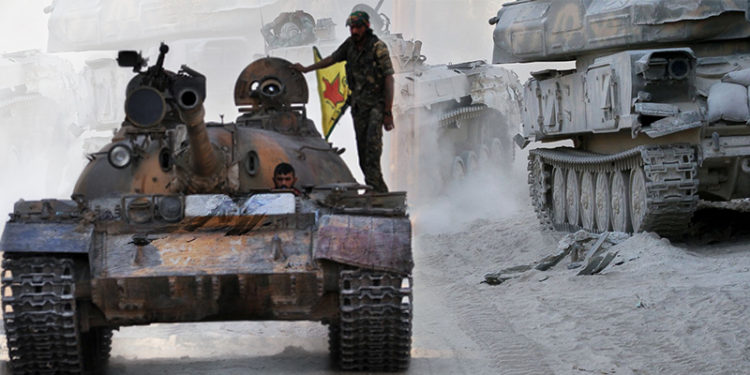 US Secretary for Defence Ashton Carter said that the battle for Raqqa would start within weeks, and Syrian Kurds confirmed they are ready to join the offensive on the Islamic State’s (ISIS) capital.

Aldar Xelil, a member of the executive committee of TEV-DEM organisation in Syria’s Kurdish region [Rojava], said on Wednesday that the Kurdish People’s Protection Units (YPG) and other factions of the Syrian Democratic Forces (SDF) are prepared for the Raqqa operation.

The Kurdish politician said that their troops will take part in the operation only if Turkey won’t be joining.

“If Turkey doesn’t join then we are to participate. We are ready to save the people of Syria as also every inch of the territory of Syria, which is under occupation [by ISIS],” Xelil said.

“Freeing al-Bab is a discussion topic. As soon as Raqqa is freed of the ISIS gangs, we will besiege al-Bab and liberate it in a much easier way,” he added.

Turkey has threatened to take the Kurdish-led Syrian Democratic Forces (SDF) in a bid to undermine the SDF forces, and future operations for Raqqa.

The Turkish President Recep Tayyip Erdogan said Wednesday that they are determined to attack Manbij, which the SDF forces liberated earlier in August in a battle that lasted over two months.

“We are determined to clear PYD [in reference to YPG and other SDF faction] from Manbij as soon as possible,” he said.

Erdogan threatened that if the SDF did not withdraw east of the Euphrates River, Turkey “will do the necessary.”

However, the US-led coalition doesn’t accept Turkey-backed forces to attack the SDF in Manbij, and called on both the Kurdish-led forces and Turkey-backed rebels to focus on ISIS.

US Secretary of Defense Ash Carter told reports in Paris that the US-led coalition is still focused on Raqqa.

“And today, we as members of the coalition resolved to follow through with that same sense of urgency and focus on enveloping and collapsing ISIS’ control over Raqqa as well. In fact, we’ve already begun laying the groundwork with our partners to commence the isolation of Raqqa. As we meet here, we’re helping to generate the local forces that will do so,” he said.

However, the US official said that Russia would not be part of this plan. “Russia is not a participant in our Raqqa plan. We do de-conflict our coalition operations with Russia through a very professional military-to-military channel,” he said.