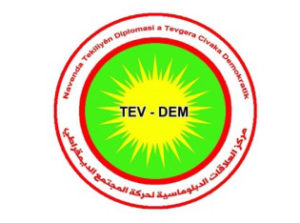 The Syrian Democratic Forces (SDF) and the International Coalition against ISIS have now triumphed over the most brutal organisation that committed all forms of barbarism against the international community. Along with the ongoing fight against the extremist groups, we have been working hard to establish a democratic system in Northern Syria based on religious toleration, inter-ethnic cooperation, gender equality, and environmental protection. This allowed for the promotion of a co-existence life forged among diverse social and religious entities, preventing a possible disintegration of the country.

Seeing our democratic project as a threat to their authoritarian and non-democratic states, both Turkey and Syrian have been increasing their intimidation campaigns. For example, Turkey wants to occupy Efrîn and it has so far conducted various crossborder attacks. At the same time, Bashar Assad is accusing the SDF of treason for cooperating with the Coalition forces to fight off terrorism. He has forgotten the fact that it was the SDF which cleared 30% of the Syrian territory of terrorists and spread democracy, pluralism and the rule of law in the region.

The SDF is a patriotic force and considered as the national army, for it fought against terrorism and brought it to an end. Assad’s statement on the SDF reveals his authoritarian mentality which does not seem to have changed, seven years of bloody war notwithstanding. One of the major causes of the current crisis is this centralist mind-set which Assad is now showing to have clung to. His statement serves as the basis for another conflict which would cost the life of many more, pit different peoples against one another, and put the future of democracy at risk.

What is more, the regime’s act of fomenting religious sectarianism and pitting different religious and ethnic groups against one another can be defined as treason. If the peoples of Syria do not raise their objection to such a divisive scheme, it may lead the country towards disintegration, an outcome that will be prevented by the will of our conscious peoples.
We call upon all those for whom Syria and its security is of importance to take a stance against such an accusation, which would interrupt the International Coalition’s efforts to eradicate terrorist groups.