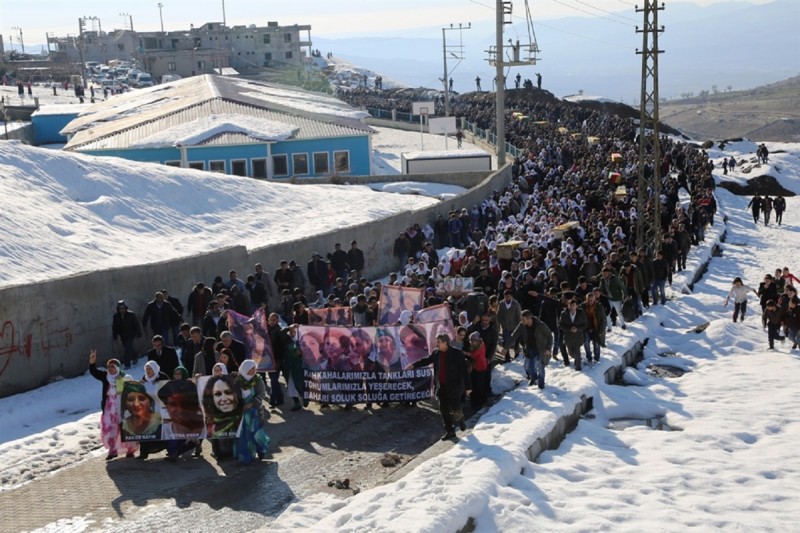 For a month now, the Turkish army has been running jointly with the special police forces an operation of unprecedented violence against the towns located in the Kurdish region of Turkey.

10,000 men supported by tanks and helicopters are mobilized for this offensive which virtually turned the country’s Southeast into a war zone.
Besides, the repression has escalated further, there again in an unprecedented way since 2002, in urban areas of the region, with more than fifty curfews in 18 Kurdish cities and districts.
This violence has affected more than one million people and has already led to the exodus of over 200,000 inhabitants. The conflict’s main victims are civilians, with 360 killed including 61 children and 73 women.

A climate of terror gradually seems to be growing among the population which cannot suffer the consequences of a conflict with the PKK forces.

Even the fight against terrorism must always remain within the framework of the rule of law and respect for fundamental freedoms. It can in no case be indiscriminately target an entire population which is entitled to peace and security like every citizen in Turkey. Such operations as the systematic use of curfews represent an unacceptable collective punishment against which we rise.
That is why we, Members of the European Parliament from the EP-Kurdish Friendship group, want to answer the call of the Peoples’ Democratic Party (HDP) and to express our solidarity to all inhabitants of this region and urgently ask the resumption of the peace process between the Turkish government and the representatives of the Kurdish population.