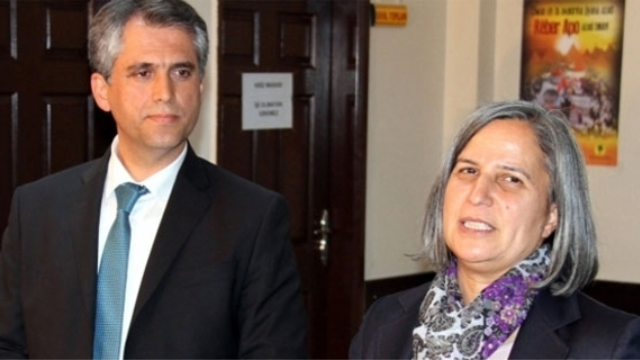 Last night the co-mayors of Diyarbakir City Council, Ms. Gültan Kışanak and Mr. Fırat Anlı, were detained and their houses and the city council buildings were searched. This is an extremely unlawful and arbitrary practice.

The Erdoğan-AKP government is continuing to disrespect the will of the people with feelings of revenge. By taking such hostile attitude toward the political will of Kurdish people, the government aims at wiping out democratic politics and opposition in the country. The detention of Gültan Kışanak and Fırat Anlı testifies to the fact that the war declared by the government against democratic politics has reached the level of utter madness.

This unlawful and arbitrary detention is against universal human rights, principles of democratic law, and contradicts many international conventions of which Turkey is a signatory.

This state of suppression, lawlessness and tyranny is unacceptable. It is the government who is responsible for this historical mistake and chaotic atmosphere in the country.

The government should immediately put an end to these arbitrary and unlawful detentions. The co-mayors of Diyarbakir City Council, who have been detained on groundless and fabricated accusations, must be released immediately.

We call upon all non-governmental organizations, political parties, the forces of democracy and peace, international institutions and parliaments: Do not remain silent in the face of this unlawfulness and express your democratic reactions. Do not accept these extraordinarily unlawful practices of the government carried out in Turkey.