The Kurds Should Prepare Themselves for Yet Another Betrayal 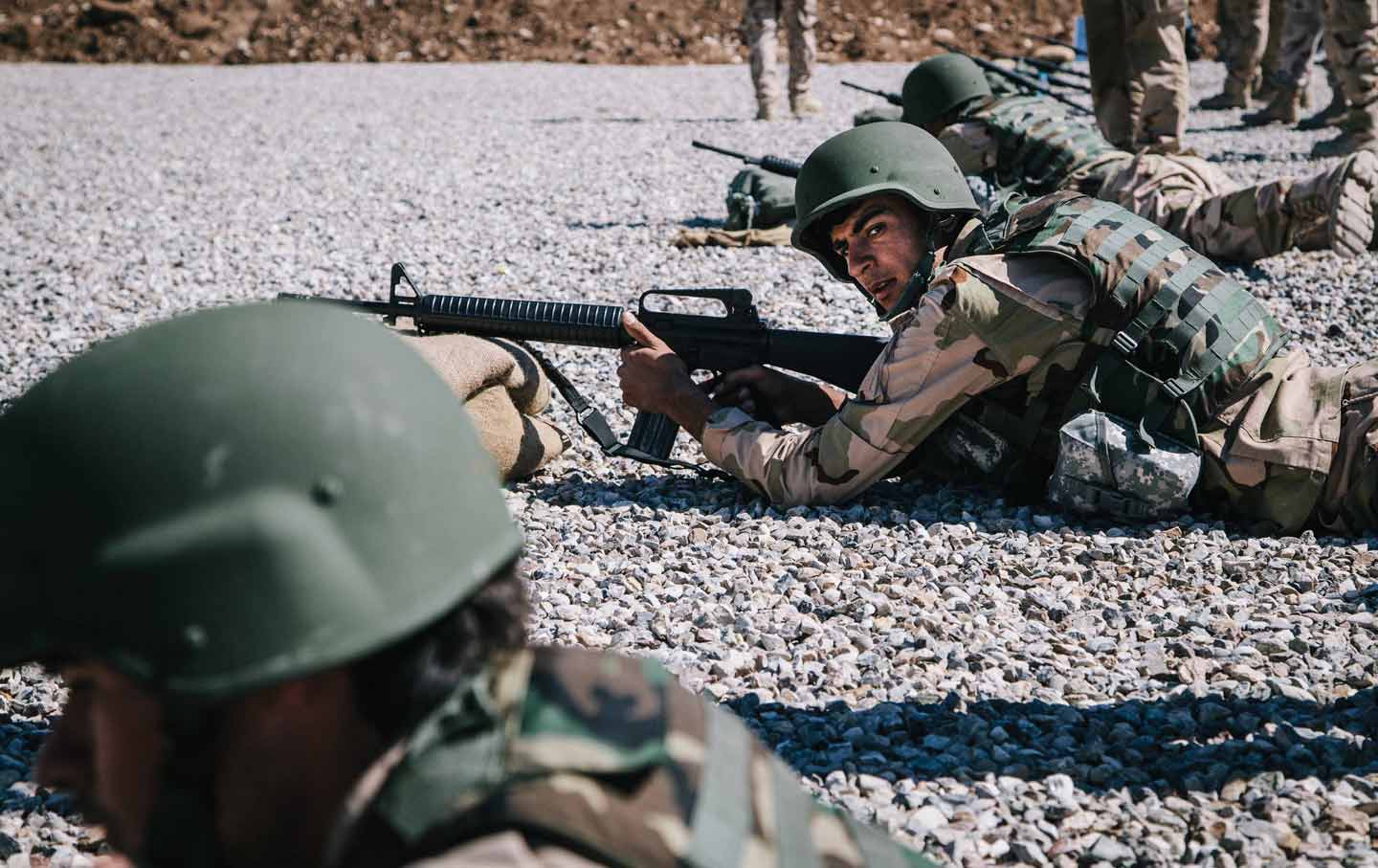 They’ve been the most effective fighting force against ISIS. But they might soon be abandoned by their US and Western allies.
By James Carden
The Kurdish national motto, “The Kurds Have No Friends,” may prove to be particularly apt in the course of the coming months, despite the crucially important role the Kurds of Syria and Iraq have played in the fight against the Islamic State. While it is widely recognized that the Kurds, particularly the YPG (People’s Protection Units), have been the most effective fighting forces on the ground, the territorial gains they have made have set off rumblings in both Ankara and Washington. The message is becoming too clear to ignore: If and when a settlement is reached at the Syria peace talks in Geneva, the Kurds are likely to be swiftly abandoned by their erstwhile US and Western allies.

The reasons for this are twofold: First, Washington exhibits an embarrassing fealty toward Turkish President Recep Tayyip Erdogan, who is waging a brutal war against the Kurds in southeast Turkey, all the while bombing Kurdish positions in northern Syria. Second, the Kurds have been repeatedly said to be assisting Russia’s campaign in Syria. In today’s political environment, particularly with the latest round of charges from NATO and Washington that Russia is “weaponizing” information and refugees, among other things, past evidence of collusion with Vladimir Putin’s Russia gives the Western coalition a ready-made excuse for eventually ceding to Erdogan’s demands to cut them off.

A White House readout of a call between Presidents Obama and Erdogan in mid-February noted, “President Obama stressed that YPG forces should not seek to exploit circumstances in this area to seize additional territory….” Obama is then said to have “emphasized the unwavering commitment of the United States to Turkey’s national security as a NATO Ally.” This, at the very same time Turkey’s prime minister, Ahmet Davutoglu, vowed to continue bombing YPG positions in northern Syria.

On February 27, Davutoglu gave a speech attacking the left-wing pro-Kurdish opposition, the HDP (People’s Democratic Party), accusing it of treason. “They are,” said Davutoglu, “collaborating with Russia like the Armenian gangs used to do.” In this context, the Turkish prime minister’s labeling of Kurds as “Armenians” who are “collaborating” with the Russians is a sinister ploy aimed at excusing the 1915 Armenian genocide while at the same time serving to brand Kurdish citizens as inherently disloyal “others.” But never mind all that, Ankara claims that Turkey is the victim. This despite the brutal war Ankara has been waging against the Kurds in Turkey’s southeast since October.

The accusation that the Kurds are needlessly provocative toward Turkey has, as we have seen, been welded to the charge that the Kurds are in league with the Russians. A Guardian report quotes Erdogan spokesman Ibrahim Kalin as saying Turkey will “consider airstrikes on the YPG” because—in the words of Kalin—“We have reports that they [the YPG] speak to the Russian commanders…and provide coordinates to the Russians….”

Expressions of concern over Russian-Kurdish collusion have been echoed by the UK’s wondrously obtuse foreign secretary, Phillip Hammond, who voiced his displeasure before Parliament. In late February, Hammond told Westminster that he had seen “very disturbing evidence of coordination between Syrian Kurdish forces, the Syrian regime and the Russian air force,” which was making the UK “distinctly uneasy about the Kurds’ role in all of this.”

Not only have the Kurds committed the ‘sin’ of working with Putin’s Russia; Turkey’s friends in the West have also accused them of committing war crimes. Testifying before the House Armed Services Committee in January, former US Ambassador to Syria Robert Ford accused Kurdish fighters of committing war crimes in pursuit of realizing Kurdish territorial ambitions. Ford told the committee, “Amnesty International in October issued a reporting accusing the Syrian Kurdish forces fighting in northern Syria of ethnic cleansing and war crimes.”

Amnesty International followed its October report up with another in January that claimed “KRG (Kurdistan Regional Government) forces appear to be spearheading a concerted campaign to forcibly displace Arab communities by destroying entire villages in areas they have recaptured from IS (Islamic State) in northern Iraq.” According to the report, such “forcible displacement” by the Kurdish forces “may amount to war crimes.” The report was based on the strength of testimony from “more than 100 witnesses.” This in a conflict zone that has seen the displacement ofmillions.

Needless to say, the KRG High Committee to Evaluate and Respond to International Reports took great exception to the Amnesty report. In a sharply worded and comprehensive rejoinder issued this week, the KRG notes that the charge of ethnic cleansing is certainly a curious one given that “more than 660,000 Arab displaced people have taken refuge in the Kurdistan Region since 2014.” Amnesty’s charge that the Peshmerga forces are “purposefully destroying Arab homes” fails to take into account that, according to the High Committee, “destroyed properties are mainly attributable to ISIS planted IEDs” and “coalition airstrikes targeting ISIS positions.”

That the KRG’s response has garnered little in the way of media attention speaks volumes. The preferred narrative of Turkey’s friends in the West has been carefully crafted and promoted over the past couple of months. And this is as good an indication as any that the Kurds shouldn’t except much from Washington and its coalition “allies” for their pivotal contribution in the war against ISIS.