Turkey fires 21,000 teachers and demands suspension of every university dean in post-coup crackdown 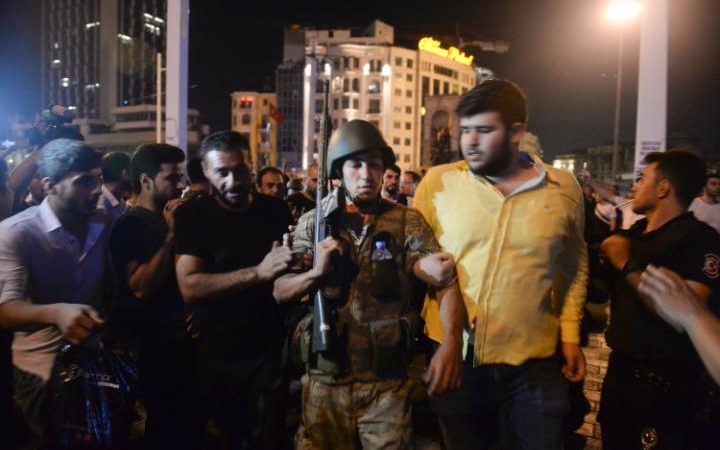 Turkey’s post-coup crackdown took a sinister turn on Tuesday after tens of thousands of teachers were fired and all the country’s university deans were told they faced suspension.

The licences of 21,000 staff working in private schools were revoked, more than 15,000 employees at the education ministry were sacked, and the state-run higher education council demanded the resignation of 1,577 university deans.

The purge is part of President Recep Tayyip Erdogan’s heavy-handed attempt to root out supporters of Fethullah Gülen, the US-based cleric accused of orchestrating the failed revolt.

Ankara says the reclusive Mr Gulen, who wields enormous influence in Turkey through loyalists in various parts of the state as well as a private school network, hatched the plot to end Mr Erdogan’s 13 years in power from his home in Pennsylvania.

“I’m sorry but this parallel terrorist organisation will no longer be an effective pawn for any country,” Binali Yildirim, Turkey’s prime minister, said.

“We will dig them up by their roots so that no clandestine terrorist organisation will have the nerve to betray our blessed people again.”

On Tuesday he handed the US a dossier of what he said was evidence of Mr Gulen’s involvement in the mutiny and called for his swift extradition.

The Turkish currency plunged to around three liras to the dollar on reports of the teacher sackings.

A man reacts during a rally of pro-Erdogan supporters at Taksim square in Istanbul on July 17, 2016 CREDIT: AFP

The employees include 9,000 police, 2,745 judges, 8,777 from the interior ministry 1,500 from the finance ministry, 257 staff working at the prime minister’s office, at least 100 from the National Intelligence Agency MIT, 399 from the family and social affairs ministry and 492 from the religious affairs ministry.

Officials signalled that the country was to undergo further major changes in the coming days. Mevlut Cavusoglu, the foreign minister, cancelled his visit to Washington to attend a National Security Council meeting on Wednesday.

Mr Erdogan said he would issue an “important announcement” following the meeting.

There was speculation that Mr Erdogan might try to put in place a state of emergency to take full control of all state institutions.

“The focus tomorrow will be on how we can deal with the Gulenist terror organisation in a more effective way. The current way does not work. There are some laws that don’t allow us to deal with this properly and we’ll discuss that,” an advisor to Mr Yildirim said.

It also emerged on Tuesday that the military received intelligence that rogue elements of the army were embarking on a coup more than six hours before before hijacked tanks took to the streets and rebel-piloted F-16s bombed key buildings in the capital. The delay raises questions about why quicker action was not taken to interrupt the plot.

The army forces said in a statement that it was given information on the coup at 4pm local time and informed relevant authorities. That was several hours before bridges in Istanbul were sealed off in one of the first public signs that a power grab was underway.

The army did not appear to have shared the information with the government, which claimed it did not know about the plot until tanks were out on the streets.