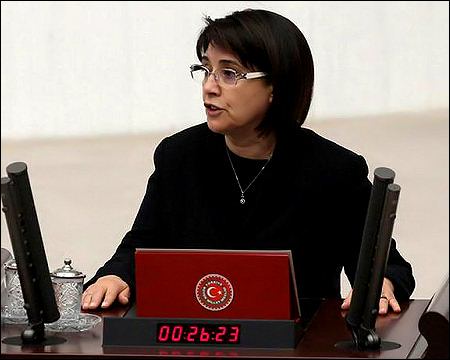 The chief public prosecutor in the southeastern Kurdish province of Diyarbakir had been seeking a 20-year prison sentence for the Kurdish lawmaker from the eastern Agri province, Leyla Zana, the symbol of peaceful strife of the Kurdish people.

On Tuesday, the 5th Diyarbakir Criminal Court’s acquittal was made on the grounds of “insufficient evidence for a conviction”.

According to the Diyarbakir Chief Public Prosecutor’s Office, Zana was accused of being a member of an armed “terrorist” group [Kurdistan Workers’ Party PKK], disseminating terrorist propaganda and illegal assembly.

Zana was detained on Feb. 8 for failing to answer a summons linked to a counterterrorism investigation. She was released under judicial control later the same day.

Zana has spent a decade in prison for links to Kurdistan Workers Party (PKK) militants after speaking in Kurdish language in the Turkish parliament in 1991. 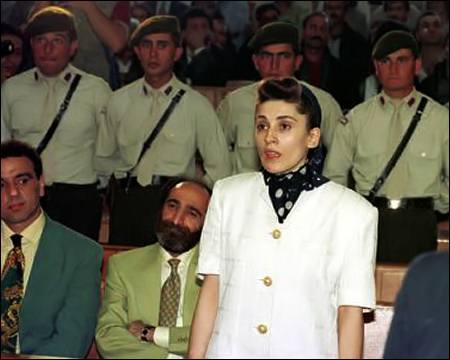 Kurdish MP Leyla Zana on trial in Turkey in 1994 for speaking Kurdish in the Turkish Parliament after taking her parliamentary oath.

She was ultimately released in 2004 and once again became an MP after the June 2011 elections.

In June 2015, Zana won seats in parliament as a HDP party for the first time, depriving the ruling AK Party of a majority.

In November 2016, 12 Kurdish HDP lawmakers, including the two co-leaders, Selahattin Demirtas and Figen Yuksekdag, were arrested on charges of links to the PKK which they deny. The party holds 59 out of the 550 seats in parliament.

Thousands of officials from the HDP have been detained since 2015. The HDP says as many as 5,000 of its members have been detained as part of a crackdown that followed last year’s failed coup, and which rights groups say targets dissent.

Turkey’s government has accused the HDP of having links to the PKK,  a charge that the HDP denies.

(With files from Anadolu Agency)