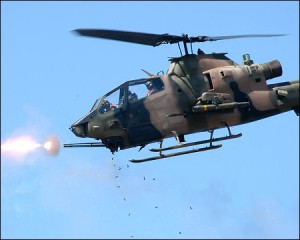 The Syrian Kurdish YPG (People’s Defense Units) Press Office said in a statement the Turkish helicopters have bombarded the Tahunê village in Tel Elo area which is located between Girke Lege city and Çil Axa town.

The helicopters flew out of the Syrian Kurdistan border in the wake of the bombardment.

Accordingly, Turkish soldiers crossed into Syrian Kurdistan soil through Zerbê region near Zorava village of Tirbespiye on January 3 with the goal of occupation, the statement said.

“This attempt was repeated twice recently. During brief clashes that erupted upon the response of our forces, 1 Turkish soldier was verified killed.” the statement added.

On August 24, Turkey and Ankara-backed syrian rebels have launched an incursion into northern Syria to stop the US-backed Kurdish YPG forces from connecting Syrian Kurdistan’s Kobani and Hasaka in the east with Afrin canton in the west. Turkish military operations mostly focused on Syrian Kurdish forces and not Islamic State, observers say.

In 2013, Syrian Kurds have established three autonomous zones, or Cantons of Jazeera, Kobani and Afrin and a Kurdish government across Syrian Kurdistan (northern Syria) in 2013. On March 17, 2016 Syria’s Kurds declared a federal region in Syrian Kurdistan.

Syrian Kurds on Dec. 30, 2016 have approved a blueprint for a system of federal government in Syrian Kurdistan, reaffirming their plans for autonomy in areas they have controlled during the civil war.

The U.S. regards the Kurdish YPG of Syrian Kurdistan as key ally against Islamic State and the most effective fighting force against IS in Syria and has provided them with arms, air support as well as the military advisers. The Kurdish militia has seized swathes of Syria from IS.