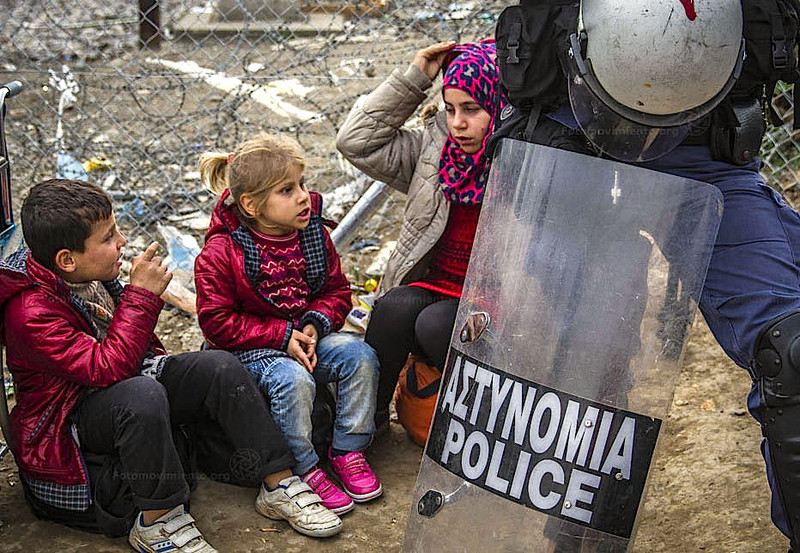 “Twenty percent of the Syrians arriving in Greece were families without a husband or a father,” said Grandi (Photo:Fotomovimiento)

Plans by the EU and Turkey to expel anyone, including Syrians, who used smugglers to reach Greece is stoking widespread criticism.

“I am deeply concerned about any arrangement that would involve the blanket return of anyone,” the UN High commissioner for refugees Filippo Grandi told MEPs in Strasbourg on Tuesday (8 March) .

He said refugee safeguards under international law must be clearly spelled out, posing larger questions over an in-principle deal between the EU and Turkey agreed at a summit in Brussels on Monday.

The proposal hinges on designating Turkey as a safe third country of origin.

But watchdog groups like Amnesty International and Human Rights Watch accuse Turkey of pushing back Syrians fleeing war back into Syria. It faces even worse accusations on the rights of Kurds.

Turkey is also the only country in the world that applies a “geographical limitation” on asylum seekers. Despite having ratified the 1951 Geneva convention, Turkey will only grant full refugee protection status to Europeans.

It means the vast majority of Syrians in Turkey are instead given a “temporary protection” status that bars them from long-term integration.

Regardless of Turkey’s patchwork application of the Geneva convention, the European Commission says the deal will comply with European and international law.

“You can be sure about that,” commission spokesman Alexander Winterstein told reporters on Tuesday.

Turkey already hosts some 2.7 million Syrian refugees. The war in Syria will enter its sixth year next week amid a shaky ceasefire but without any durable solution in sight.

Renewed fighting in Iraq displaced 3.3 million last year. The country, along with Pakistan, hosts over 2 million Afghan refugees. Afghanistan is also dealing with its own internally displaced people, with 31 out of its 34 provinces locked in conflict.

After Syrians, Iraqi and Afghans top the inflow figures into Europe.

But both Iraqi and Afghans have been sidelined in the plan to resettle one refugee from Turkey for each one rejected applicant sent back from Europe.

Europe’s attempt to outsource the problem to Turkey is, in part, seen as a last-ditch solution given the lack of coordination and broad disagreements that has divided EU states for over a year.

“This has been and essentially remains a refugee movement,” he said.

Around 138,000 people have arrived in southern Europe to seek asylum since the start of the year. The vast majority, over 88 percent, come from the top 10 refugee producing countries.

Two-thirds are women and children – a 41 percent increase compared to last year, detailed Grandi on Tuesday, which was by coincidence international women’s day.

Exposed to violence and sexual abuse by smugglers and others, many are left to fend for themselves as they are forced to sleep in rough in parks, along roadways, and at bus stops and train stations.

Around 35,000 people are now stuck in Greece following moves by Austria to clamp down on borders along the Western Balkan route.

At the camp at Idomeni, on Greece’s border with Macedonia, a humanitarian crisis is unfolding. Some 14,000 are trapped and living in mud and squalor.

Doctors Without Borders is treating thousands, including infants and pregnant women, for related illnesses.

The lack of legal routes to Europe for the vast majority of people fleeing war in Syria and elsewhere, has in part, forced large numbers to seek help from smugglers. Some 82 suspected smugglers have been arrested near the Greek islands since the start of the year. Turkey says it arrested 300 more.

The risks of exploitation are great. An estimated 10,000 refugee children are missing, with authorities fearing criminal gangs may be exploiting a large number for sex work and slave labour.