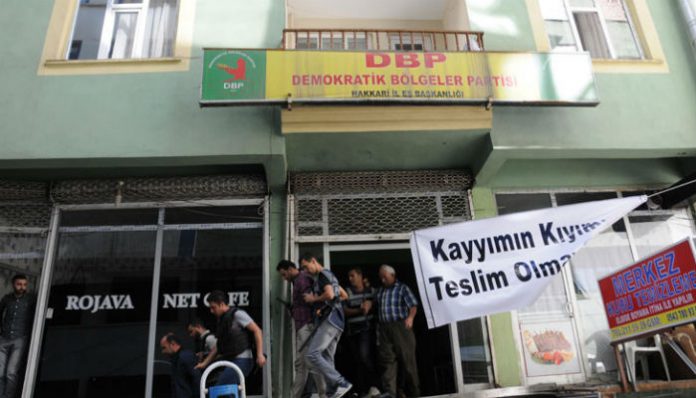 Below is the list of democratically elected co-mayors from the Kurdish region imprisoned by the Turkish regime. Added to this is the list of municipalities led by the pro-Kurdish Democratic Regions Party (DBP), regional sister party to the HDP, which were taken over by government appointed trustees as of 20/02/2017.  The Data is gathered by the Union of Southeastern Anatolia Region Municipalities (GABB).

On 20/2/2017 no less then 76 out of 103 municipalities where the local pro-Kurdish DBP had won the elections were forcefully taken over by government appointed Trustees.