Under Turkish siege, thousands of Kurdish civilians suffer shortage of food and medicine in Nusaybin 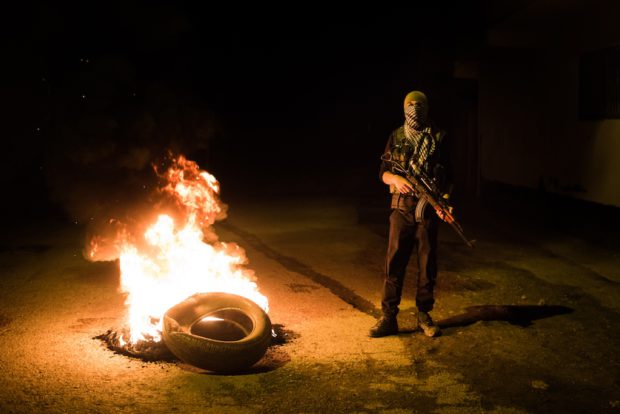 NUSAYBIN – Around 35 thousand civilians trapped inside the mainly Kurdish city of Nusaybin southeastern Turkey are suffering from severe shortage of water, food and medicines as well as complete electricity outage, local sources reported.

Activists in the stranded city confirmed that the Turkish army has been bombing residential neighborhoods in Nusaybin with heavy artillery and tanks for nearly two months, coinciding with clashes between Turkish security forces and the PKK-affiliated People’s Defense Forces (HPG).

Under the banner “No to Silence”, a group of Kurdish activists in the Nusaybin’s twin city of Qamishli northeastern Syria reported that the Turkish army stepped up its bombardment on Nusaybin since Saturday midnight.

The bombardment was focused on the neighborhoods of Abdel Qader Pasha, Zein al-Abedin, Qishla and Kanika, according to the Kurdish monitoring group.

In the meantime, Turkish special forces have deployed dozens of snipers on the top of residential buildings around the city, imposing curfew across its neighborhoods.

“Dozens of artillery shells hit the Kurdish city on a daily basis, amid street fighting between Turkish security troops and the PKK’s offshoots and supporters,” an eyewitness told ARA News.

Also, Several Turkish shells hit the Gharbiya and Zaytouniya neighborhoods in Qamishli city inside the Syrian border earlier this week.

Over the past two months, the Turkish army has been targeting the PKK strongholds in Nusaybin with tanks and artillery from the hills that overlook the Kurdish region, in a bid to remove the PKK-led checkpoints erected on the roads linking the cities in Turkey’s south-east, according to Turkish military sources.

Noteworthy, violence has raged in Turkey’s Kurdish region since July 2015 subsequent to the collapse of peace talks–aimed at ending a three-decade conflict in the country.

Although the government of President Recep Tayyip Erdogan claims its military campaign on the Kurdish region is aimed at combatting rebels of the Kurdistan Workers’ Party (PKK), monitoring groups and human rights activists accused the army of targeting civilians, killing over 1100 and injuring hundreds others.

“Under the pretext of combatting PKK members, the Turkish authorities are bombing infrastructures and residential neighborhoods in the Kurdish region,” said Hoshin Ebdullah, a Kurdish lawyer and human rights activist.

Ebdullah told ARA News that civilians stranded in Kurdish areas under the ongoing military campaign suffer a sharp shortage of food and medicines, beside constant cut of electricity and water.

More than 100,000 Kurdish civilians have been displaced from their homes in the provinces of Diyarbakir and Şırnak in southeastern Turkey, over the last few months.

“We hope that the international community would ever take action and stop this brutal military campaign against the Kurds in Turkey,” civil rights activist Ehmed Hokenek told ARA News.