Below this article you can find an urgent dossier of the KNK about Kurdish political prisoners, who are in Hunger strike since 43 days. Their health situation is under a big threat. Please read and circulate this dossier and get in contact with politicians, press and human rights organisations. 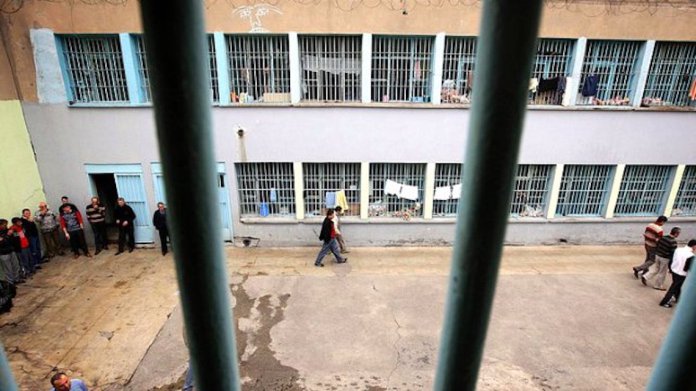 Hunger strikes by political prisoners in Turkish prisons are spreading as more members of the Kurdistan Workers’ Party (PKK) continue joining the 26 prisoners in Izmir whose indefinite hunger strike began on 15 February.

Participating in the hunger strike for five days each, prisoners are demanding an end to the isolation of PKK leader Abdullah Ocalan and other inmates in Imrali Prison, the end of human rights abuses in prisons and the end of the destruction of Kurdish cities and villages in southeastern Turkey.

The hunger strikers are also demanding the reestablishment of necessary conditions for “the restart of the negotiations for a peaceful and political solution to the war in Kurdistan,” according to lawyer Deniz Kaya, speaking to ANF news agency.

The general hunger strike will continue until 15 April, however the 26 prisoners in Izmir’s Sakran Prison will continue the strike indefinitely until their demands are met by the government, Mesut Kaya, the brother of Necdet Kaya, one of the 26 convicts whose protest has began 30 days ago, said.

70 political prisoners from Van prison, including 10 inmates who joined the hunger strike on 8 March, were transferred to an unknown prison on 16 March to break the hunger strike, reported ANF.

A 67 day hunger strike by hundreds of prisoners in 2012 was brought to an end after Turkish authorities lifted the isolation on Abdullah Ocalan, who then called for an end to teh strike. The protest paved the way for negotiations and a 2-year ceasefire and solution process between the Turkish government and PKK.