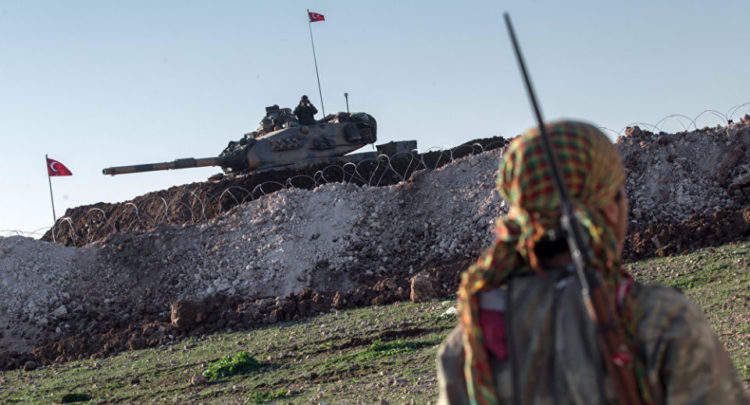 Erbil – US Senator John McCain (R-AZ), Chairman of the Senate Armed Services Committee, on Thursday called on Turkey to stop its attacks on Syrian Kurds. His committee will review the participation of US forces in the battle for Raqqa.

“The United States has a longstanding relationship with Turkey, but a series of recent events have raised concerns about the fundamentals of our relations,” McCain said. “I have long argued that the Obama administration’s feckless approach to Syria has contributed to a strategic disaster on Turkey’s doorstep.”

McCain condemned the recent attacks by Turkey-backed militias on the pro-Kurdish Syrian Democratic Forces (SDF). “The Turkish government’s continued attacks on Syrian Kurds are destabilizing and troubling,” he said.

“These Kurdish fighters have shown themselves to be willing and capable partners in the fight against the Islamic State in Syria, and our continued cooperation serves the national security interests of both the United States and other countries in the region, including Turkey,” the US senator said.

McCain urged Tukey to rein its allies in, and focus on the shared objective of defeating the Islamic State (ISIS). “I urge the Turkish government to refrain from further attacks against Kurdish groups in Syria,” he stated.

Turkish President Recep Tayyip Erdoğan on Wednesday rebuffed the appeals of US officials – like McCain, who are seeking calm. The Turkish leader said that the army and allied rebels are determined to attack the SDF in Manbij city. “We will do whatever is necessary if they do not return back across to the other side of the Euphrates River,” he said.

Syrian Kurdish officials told ARA News that recent attacks from Turkey aim to disrupt the Raqqa operation. Turkish officials have explicitly told their American counterparts to keep the People’s Protection Units (YPG) and the SDF out of Raqqa.

Turkey’s demand would be difficult to accommodate as the YPG is one of the most effective forces against ISIS and its fighters would be needed for the proposed Raqqa operation.

“The only force that is capable on any near frame — near-term timeline — is the Syrian Democratic Forces, of which the YPG are a significant portion,” Lieutenant General Stephen Townsend, the commander of Operation Inherent Resolve said on Thursday.

“We’re negotiating, we’re planning, we’re having talks with Turkey and we’re gonna take this in steps,” Townsend said. “We think there’s an imperative to get isolation in place around Raqqa because our intelligence feeds tell us that there are significant external operations attacks planning going on […] in Raqqa.”

“We think it’s very important to get isolation in place around Raqqa to start controlling that environment on a pretty short timeline. So, we’re gonna take the force that we have and we will go to Raqqa soon with that force,” he added.