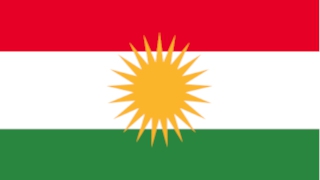 Başȗr (“the south”) coincides with the north of Iraq . More than 6 million Kurds live here. It is the only place in the world where the Kurds have managed to install an internationally recognized and semi-independent state up to now. This Kurdish Autonomous Region is the result of a century of rebellion and war against central government in Baghdad.

After WWI, Great Britain took control of what is now Iraq. The Kurdish tribes rebelled several times, first against the British and later against the Iraqi government.

One of the rebellious leaders was Mullah Mustafa Barzanî, the father of current Iraqi-Kurdish leader Masoud Barzanî. In 1945, Mustafa Barzanî fled to Iran where he played a role in the short-lived Kurdish mini-state, the Mahabad Republic (1946). When Iran brutally suppressed this early pursuit of independence, General Barzanî managed to escape in spectacular fashion to the Soviet Union where he was in exile. In 1947 Mustafa Barzanî was elected as president of the Kurdistan Democratic Party (KDP).

The coup of 1958 puts an end to the monarchy installed by the British. Mustafa Barzanî returns to the new Republic of Iraq , where he is welcomed as a hero. The promises of more autonomy for the Kurds, however, seem empty words and in 1961 the first Iraqi-Kurdish war broke out. This ends in 1970 with an Autonomy Agreement establishing the Kurdish Autonomous Region.

However, when the agreement turned out to be a dead letter after four years, war again breaks out between the Kurdish Peshmerga of Barzanî and the Ba’ath regime in Baghdad, which receives support from the Soviet Union. The Kurds hereby again become a pawn in a complex geopolitical chess game, a constant in Kurdish history. In the first instance, the Kurdish revolt against the Ba’ath regime is armed by both the American intelligence service CIA and – ironically – the Shah of Iran, which previously sought the death of Barzanî. However, when Iran and Iraq make peace unexpectedly a year later (Algiers Agreement , 1975), Iran drops its support for Barzanî, which meant inevitable defeat. The Iraqi regime regains the Kurdish north and Barzanî and his faithful flee to Iran again. A new Kurdish party, the Patriotic Union of Kurdistan (PUK) is leading the uprising against Baghdad (1976-1979). A third war front then emerges between the Kurdish parties KDP and the PUK.

In the meantime, the Ba’ath regime had embarked on a large-scale Arabization policy of the north. During these forced migrations, hundreds of Kurdish villages are burned down and hundreds of thousands of people are deported to make room for Arab settlers. In this way, oil-rich areas, including the region around Mosul and Kirkuk, are stabilized. Other ethnic-religious minorities also share the blows, such as the Yezidi, the Shabak, the Assyrian Christians, the Turkmen, etc. The Yezidi capital Shengal (Sinjar) is also partly stabilized.

During the Iraq-Iran war (1980-88) , the repression against the Iraqi Kurds has one of the darkest pages in its history. The Ba’ath regime of Saddam Houssein is extremely hard on, among others, the Barzanî clan (whose KDP acts from Iran) and the community of Shiite Feyli Kurds, who the regime mistakenly regards as “Iranians”. In 1983, 8000 men and boys from the Erbil province were deported to prisons in the southern desert, where they died in terrible circumstances. Another absolute low point is the poison gas attack on Halabja in 1988, in which around 5000 people are gassed. This terrible mass murder is just one part of the al-Anfal campaign, a genocide that kills between 50,000 and 182,000 Kurdish civilians in total.

When Iraq occupied neighboring Kuwait in 1990, the First Gulf War broke out. The United States urges the Kurds to rebel against Saddam Houssein’s regime, but then drops them again. When Saddam Houssein starts a revenge operation, more than a million Kurds try to flee to Iran and Turkey, which promptly closes its borders. The international community ultimately saves the Kurdish population by imposing a no-fly zone, within which the basis for the Kurdish Autonomous Region is laid.

In 1994, however, an internal brotherly war between the KDP and the PUK threw a spanner in the works for independence. This war ended in 1998 with a division of power between Masoud Barzanî, who succeeded his father as leader of the KDP, and PUK leader Jalal Talabanî. The KDP thus gets its territory in the north-west, around Erbil, while the PUK runs the southeast, with Sulaymanijah (Slemanî) as the capital.

During the Second Gulf War (2003) the Kurds revolt again against Saddam Houssein. This time the war marks the end of the Ba’ath regime, after which the Kurdish Autonomous Region is anchored in the Iraqi constitution (2005). However, as the precise boundaries were never agreed, conflicts with the central government in Baghdad remain to this day, particularly over oil-rich areas such as Kirkuk.

In 2014, the Islamic State rapidly captured large stretches of Iraq. As the Iraqi army took hold in various places, the Kurdish Peshmerga managed to recapture the city of Kirkuk on IS. However, they do not prevent IS from committing yet another genocide against the Yezidi of Shengal . The first group to assist the encircled Yezidi are fighters from the Workers Party of Kurdistan (PKK), the Kurdish guerrilla waging war against Turkey from the Qandil Mountains in Iraq. Throughout history, the Turkish army regularly carries out attacks against the PKK on the territory of Iraq.

In September 2017, the Kurds are voting in a referendum almost unanimously for independence. However, this appears to be premature and in October 2017 the Kurdish Peshmerga will return the city Kirkuk to the central Iraqi government, which is about to take the city back through military force.

Currently, the Kurdish Autonomous Region is in political crisis, partly because no new presidential elections were held now that the last term of Masoud Barzanî has passed for several years.