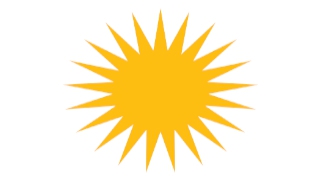 An estimated 8 to 10 million Kurds live in Rojhelat (Eastern Kurdistan). Their capital is Mahabad and they live in five northwestern provinces, situated between the Ararat Mountains in the north and the Zagros Mountains in the south (West Azerbaijan, Kermanshah, Illam and Hamadan).

Some of the Iranian Kurds are Shiite Muslims (the Feyli Kurds), the others are Sunni Muslims, Christians, Jews and followers of older religions such as Yarsanism and Yezidism. All of the latter are discriminated against in Shiite-dominated Iran.

Outside the northwestern provinces, there is also a large population of Kurds living in Tehran and – surprisingly – all the way across the country, in the northeastern province of North Khorasan. This Sunni Kurdish population was deported there in the 17th century, during the war with the Ottoman Empire, by the Shiite Persian dynasty of the Safawids.

After WWII, with the help of the Soviet Union, a Kurdish mini-state was established in and around the Kurdish capital Mahabad. The Mahabad Republic (1946) did not live a long life, but is an important historical precedent for the Kurdish quest for independence. The leaders of the Republic, including the legendary Qazi Muhammed, are arrested and hanged. Only General Mullah Mustafa Barzanî managed to escape with some 500 of his supporters. He will later play an important role in the Kurdish uprising in Iraq.

Although the Kurds participate in the Iranian Revolution against the authoritarian Shah in 1979, Ayatollah Khomeini soon afterwards turned against the Kurds who demanded “democracy for Iran and regional autonomy for Kurdistan”. Khomeini announces a Fatwa calling for “jihad” against the Kurdish dissidence led by the Kurdistan Democratic Party of Iran (KDP-I) of dr. Ghassemlou.

Following are five years of war between the Iranian regime and the KDP-I that continues during the Iran-Iraq war (1980-1988). During this war, the Iraqi regime of Saddam Houssein supports the rebellious Kurds in Iran, while the Iranian regime fuels the Kurdish uprising in Iraq. After the KDP-I was defeated in 1984, Dr. Ghassemlou goes into exile in France. He is murdered in 1989 by agents of the Iranian regime during peace negotiations in Vienna.

To date, the Kurds of Iran are economically disadvantaged and discriminated against. Political opposition is punished with long imprisonment, torture and countless executions by hanging.