Why has Turkey decided to free Islamic State suspects in the midst of its assault on Afrin? 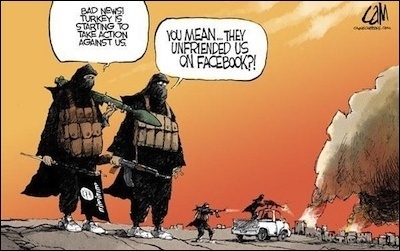 It all happened in the span of a little over two weeks.

First, on January 30th, 2018, a left-wing newspaper in Turkey reported that a Turkish court demanded the release of a key suspect implicated in the deadliest bombing in Turkish history.

According to Ahval news, Gamze Demir, the sister of the prime suspect Yunus Durmaz, was detained in August 2016 after being found with a suicide vest, 20kg of TNT explosives, grenades, weapons and bomb-making equipment. She claimed to not know that this material was in her house. The court demanded that she be released, because, among other things “she has a baby”.

The Ankara bombing by the so-called Islamic State took place on October 10th 2015.

It targeted leftists and activists affiliated with the Peoples’ Democratic Party (HDP), a pro-minority, pro-Kurdish, left-wing alliance. Many members of the HDP have since held a position that the Turkish Government allowed for the attack to happen. The Ankara bombing took the lives of 109 and injured more than 500 opposition activists.

On the following day after the story was broken, January 31st, 2018, eighteen suspects in an IS attack targetting Sultanahmed were acquitted. The attack took the lives of 12 German tourists and injured 16. According to Turkish daily Cumhuriyet, a defendant name Abdulrahman Faaiz Rashid was released, although prior to this, he was previously sentenced to a meagre six years imprisonment.

Then on February 4th, 2018, the New York Times reported that thousands of Islamic State fighters escaped Syria, alleging that Western officials say many may have “gone into hiding in countries like Turkey.” One Abu Omar, a smuggler on the Syria and Turkey border said he “smuggled about 50 ISIS fighters into Turkey.” Mustafa Balli, a spokesman for the SDF, blamed the attack on Afrin for the IS resurgence in Turkey.

On the following day, Evernsel, a leftist newspaper in Turkey reported on a decision made by the chief public prosecutor of Diyarbakir to acquit 10 Islamic State members, including the “emir of Diyarbakir”. The Emir, in particular, was arrested in a shootout between IS and Turkish police officers which took the lives of two officers. Intelligence officials then began to raid multiple homes of IS suspects, finding the emir’s fingerprints around houses sheltering guns, explosives, fake documents, and fingerprints.

A few days later, on February 7th, Patrick Cockburn of the Independent managed to secure an interview with an ex-Isis source who claimed that Turkey’s attacks on Afrin were being conducted with recruits from the Islamic State.

“Most of those who are fighting in Afrin against the YPG are ISIS, though Turkey has trained them to change their assault tactics,” he said.

Cockburn attempted to get a comment from the Turkish embassy, but they did not respond.

Writing for Foreign Policy magazine, analysts Colin P. Clarke, a political scientist at the RAND Corporation and an associate fellow at the International Centre for Counter-Terrorism in the Hauge, and Ahmet S. Yayla, an associate professor at Georgetown University and a former counterterrorism police chief in Turkey, have noted that “some speculate that the release of Islamic State members without explanation could be the result of a backdoor deal with the Turkish intelligence service.”

Yayla in particular claims to have left his job with the Turkish police force after refusing to work with Erdogan’s government to allow foreign fighters to pass through the southern Turkish city of Sanliurfa. He seems to insinuate that there is a possibility that Turkey could be collaborating with the Islamic State as well.

This isn’t the first time that the Turkish state has been accused of having links — whether direct or indirect — with the so-called Islamic State either.

In 2016, David L. Phillips, from the Institute for The Study of Human Rights in Colombia University, New York, released a list of NGO reports, media analyses and International sources which were examined by Columbia University’s program on peace-building and rights. Among the allegations recorded by opposition activists, former members of the Turkish Government and International news agencies were claims that Turkey has provided military equipment to IS, logistical assistance to IS, and military training to IS militants.

It must be noted, however, that while some news agencies on the list have been reputable, others seem to have had less crediblity.

In a three-year investigative report on the supply chains of the so-called “Islamic State”, it was concluded that “Turkey emerged as the paramount source of chemical explosive precursors and a range of ancillary commercial material, which IS forces have used to manufacture IEDs and improvised weapons in a host of connected, centrally managed factories and workshops”.

Commissioned by the European Union and the German Federal Foreign Office, the report entitled “Weapons of the Islamic State: A three-year investigation in Iraq and Syria” was published in December 2017 by the Conflict Armament Research group. Among the peculiar finds by the CAR was the discovery of ammunition material “for which Turkish authorities were the intended end users” in Iraq and Syria.

On 22 May 2017, the CAR discovered ammunition that was manufactured in Bosnia but exported to the Turkish government in the late 1990’s. They reached out to Bosnian authorities who confirmed that the crates were exported to the Ministry of Internal Affairs in Turkey in 1998.

“How IS forces gained custody of this material is unclear”, the report reads, “but at the time of recovery, no other force in the region has been deploying these weapons or this ammunition, nor were they legally available on Turkey’s civilian markets.”

The CAR reached out to the Ministry of Internal Affairs in Turkey, but they received no response.

At the time of writing, and in the span of fewer than two weeks, multiple IS detainees suspected of bombings in Istanbul, Ankara, and Gaziantep, have been released. A day has passed since we received news that 6 journalists have been detained on charges including “attempting to overthrow the state”, and of “having membership in a terrorist organisation.” Whereas some IS suspects face charges under 10 years, and others have been freed, these journalists face life imprisonment.

The Region considered reaching out to the Turkish embassy for an explanation but thought that this exercise would probably be futile. 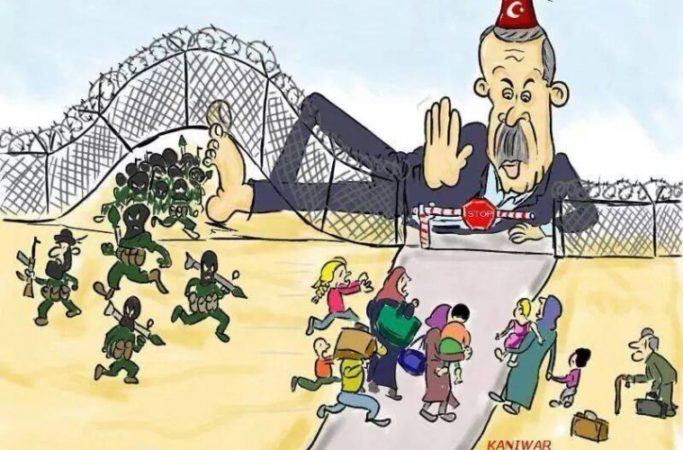